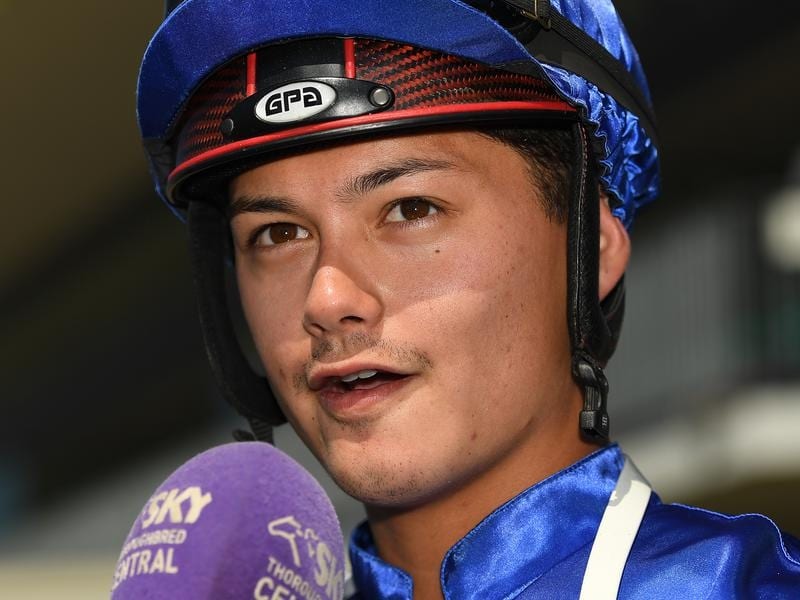 Apprentice Michael Murphy has been suspended for a month on a charge of trying to cheat while weighing out for a race at Townsville.

Murphy is based in Brisbane but rides at several provincial meetings each week.

Stewards opened an inquiry after the clerk of scales reported Murphy attempted to deceive him by placing his finger tips on the scales before a race on Sunday.

Murphy pleaded guilty to engaging in dishonest, corrupt, fraudulent, improper or dishonourable action or practice in connection with racing.

The inquiry heard when stewards called on Murphy to re-weigh he was found to be 3.5kg over his allocated weight.

Murphy’s mount Seamad, was declared a late scratching after another suitable rider could not be found.

The jockey was then replaced in another three races at the Townsville meeting.

On Monday, the Queensland Racing Integrity Commission released details of five other cases

QRIC said in a statement a trackwork rider was stood down after she returned a preliminary test to methamphetamine, amphetamine and cannabis during an integrity operation at Deagon on October 14.

Four others have returned initial positives and are waiting for the results of secondary tests.

Testing at Gatton on October 4 resulted in a male jockey from Toowoomba testing positive to cannabis.

A female trackwork rider returned a positive result to cocaine metabolites when she was tested during an operation that included work riders and jockeys at the Sunshine Coast on October 8.