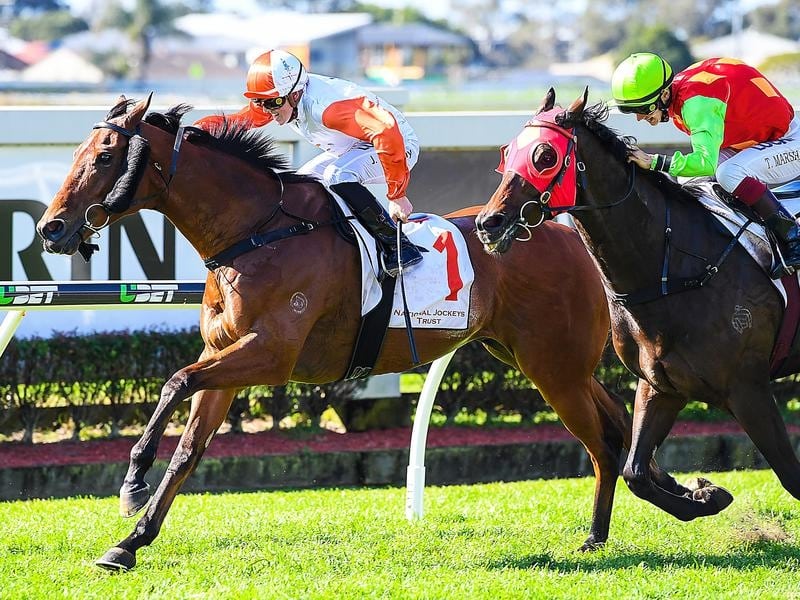 Leading apprentice Jackson Murphy has put aside the disappointment of a hefty suspension to ride the feature double at Doomben.

Murphy was suspended for 15 days at Gatton on Friday after he pleaded guilty to causing interference.

However, he put the disappointment of that suspension behind him to win the Eureka Stud Open Handicap (1630m) on Sabkhat ($2.30) on Saturday.

He had earlier won the other feature race the Tim Bell Memorial Handicap (1110m) on Tarzan to give him three winners after two days of the new season.

Trainer Steve O’Dea called on Murphy’s 3kg claim after Sabkhat was penalised 5kg for his all-the-way win at Doomben the previous Saturday, lifting his original weight to 59kg.

“You can’t complain because Sabkhat was the best-performed horse in the race. But the three-kilos claim for Jackson made a big difference,” O’Dea said.

He owns Sabkhat outright after buying him for from a Godolphin dispersal sale this year.

“Sabkhat had a few issues but I would like to buy a few more like him,” O’Dea said.

Tough stayer Endless Days ($8.50) is again on the Magic Millions trail after he atoned for an unlucky last-start defeat when he won the Ubet Handicap (2200m).

It completed a big week for the father-son training partnership of Peter and Will Hulbert after Glitra won the Coffs Harbour Gold Cup on Thursday.

Hulbert said Endless Days would be given a few more runs before a break and then a crack at the Magic Millions Trophy in January.

Endless Days ran fourth in the Trophy this year behind Tumultuous.