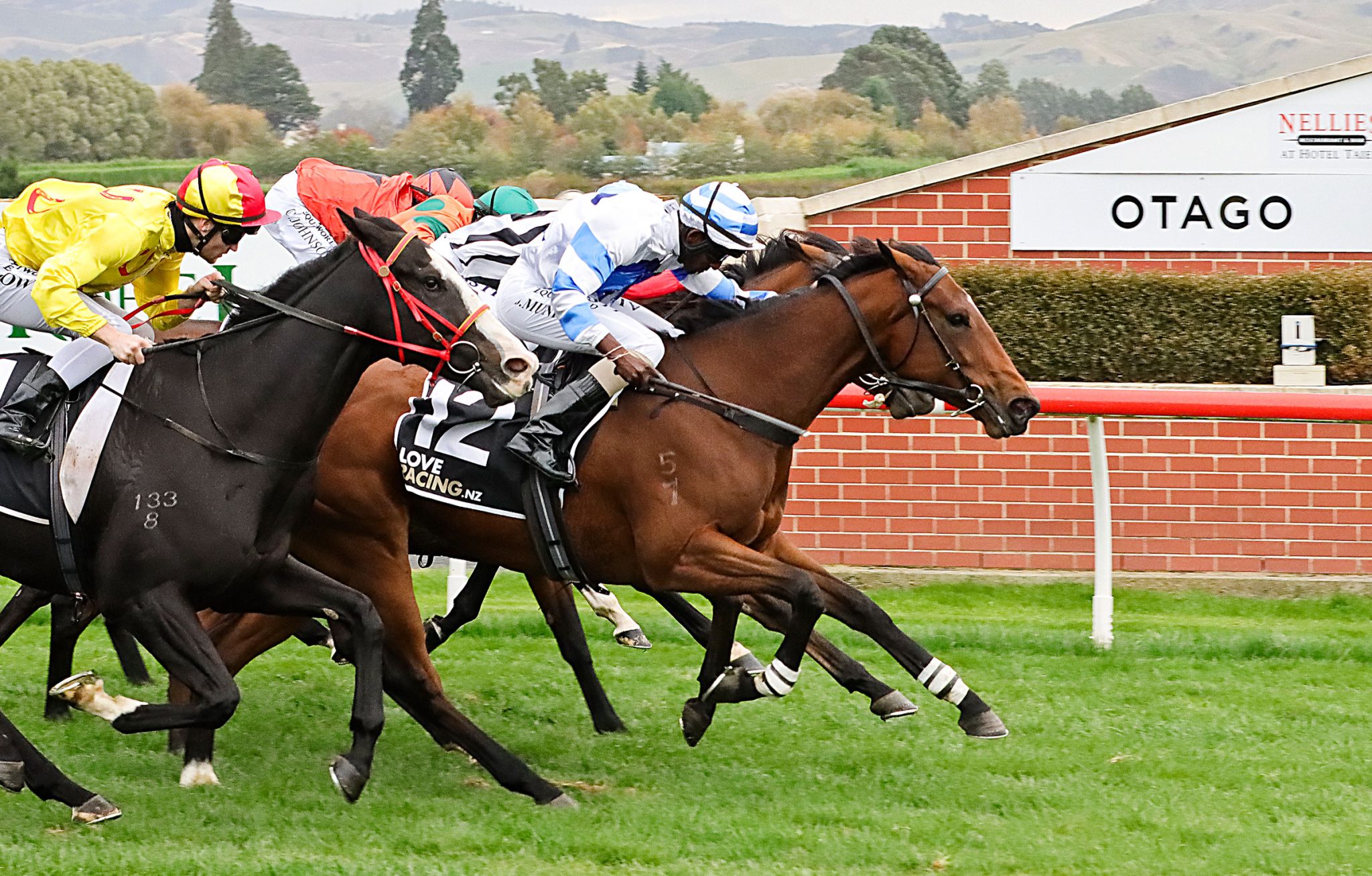 Shankar Muniandy couldn’t have asked for his training career to get off to a better start.

The 35-year-old jockey brought his first horse to the races at Wingatui on Sunday, and not only did she win, Muniandy was in the saddle to ride her home.

Muniandy’s four-year-old mare She’s An Ace was in contention for much of the straight before finding an extra gear over the final 100m of a 1200m maiden, winning by a head.

She’s An Ace hadn’t been seen at any trials and was therefore let go at odds of +1560 on her debut, but Muniandy was confident she’d run well.

“It was a really good experience for her, and the win was a real bonus.”

She’s An Ace is one of the first horses he gained, after being approached by southern harness trainer Graeme Anderson, who is one of four partners in the mare.

“He came to see me at the track one day and said he’d heard I was training horses now and he had a couple that I could train if I wanted to,” Muniandy said.

“We got her in December last year. She’s not an easy horse to train because she’s still really green, but she’s coming good.

“She pulled up well and I’d love to race her again in three weeks time at Wingatui again. I will give her a run then, and if it’s wet, we’ll see how she handles it and decide from there whether to keep her in training for much longer.”

A successful rider in the South Island in the early years of the decade, Muniandy went back to Malaysia for a break in 2019 but returned at the end of last year, partly to ride but mainly to train.

“I always wanted to do something different apart from riding, and training, pre-training and breaking in was in the back of my mind,” he said.

“I’m still happy to ride but I want to concentrate on my training and I’m really enjoying it.”

She’s An Ace wasn’t Muniandy’s only mount to win on Sunday, as he also guided Stella Creek to victory in a Rating 74 1600m event.

He’s now ridden 10 winners from 96 mounts this season. Two were in Listed races, the Dunedin Guineas (1500m) and the Southland Guineas (1600m) aboard the Sally McKay-trained Palmetto, who has since moved to John Sargent’s stable in Sydney.

Muniandy said he hopes to continue riding, though probably not much in winter, and it helps that he doesn’t have to work overly hard to keep his weight down.

“At the moment I am, though not really in winter time. It’s too cold, and I want to concentrate on my training at that time,” he said.

“I am walking pretty light anyway. If worst comes to worst, I only need to lose a kilogram or so for raceday, so that works out well.”

For now he’s hoping to keep his team in training to a small number, though he’s also keeping busy with pre-training.

“I only applied for the Permit to Train licence, so I can only have six horses at the moment,” he said.