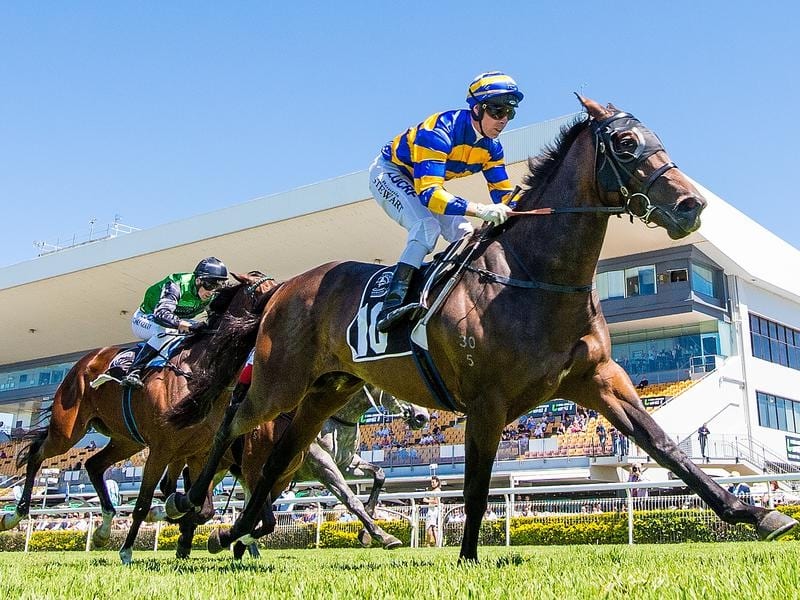 Trainer Chris Munce has been quick to praise the new Eagle Way Three-Year-Old series in Queensland following a win for his filly Ceol Na Mara at Doomben.

The Eagle Way is run over three heats with a final over 2000m next month to help find stayers among Queensland’s young horses.

Ceol Na Mara ($15) gave jockey Ron Stewart his fourth win in seven rides since returning from Mauritius last week when she beat Mingalah ($41) by 1-1/4 lengths in a heat over 1640m on Saturday.

“This series is a great idea because it gives Queensland trainers an idea of how their horses will go at 1600m and up to distance races early in the season,” Munce said.

“You can start setting them for the winter carnival classics. I am now likely to run Ceol Na Mara in the final and head to the Queensland Oaks next year.”

Ceol Na Mara is raced by one of Queensland’s biggest owners in Bill Andrews and his brother John.

Munce bought her as a yearling for clients but one of the owners died and Andrews bought three of his horses from a deceased estate sale.

“Bill was good enough to let me keep training her and I have always had a wrap on her,” Munce said.

Stewart is determined to get back into the limelight after leaving for a short contract in Mauritius in August.

“A few top jockeys have moved here while I was away so it is important I get winners early,” Stewart said.