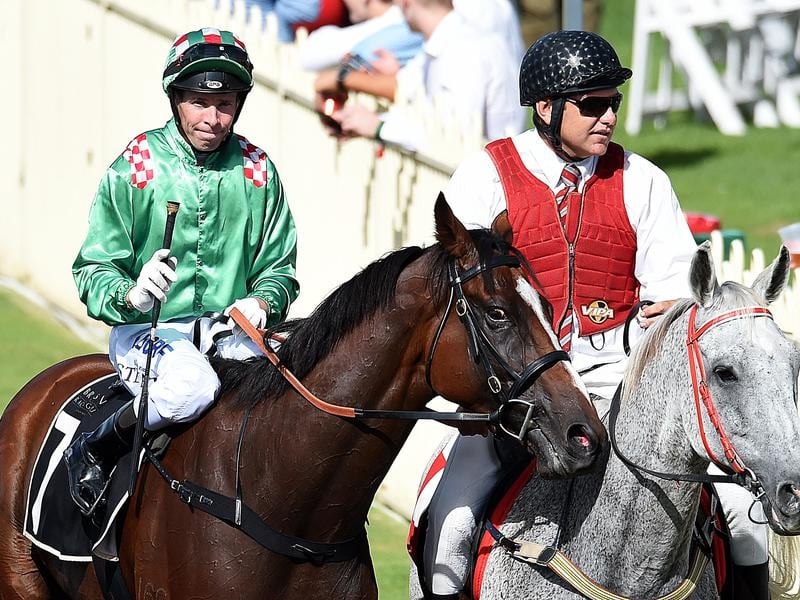 Chris Munce will break new ground as a trainer while relying on a campaign template that gave him success in the saddle more than two decades ago when First Crush races at Rosehill.

Munce was a key figure in Oompala’s outstanding winter and spring campaign in 1994, winning the Ipswich, Anniversary and Newcastle Gold Cups on the Queensland stayer.

He also rode Oompala to placings in the Grafton Cup and the Group One Metropolitan before Larry Cassidy had the ride when the iron horse finished third to Jeune in the Melbourne Cup.

First Crush’s rise to prominence has similarities to Oompala in that he won the Grafton Cup last month and will also use Saturday’s Premier’s Cup as a lead-in run for Newcastle.

He will be Munce’s first Sydney metropolitan runner since the former champion jockey turned to training three years ago.

“He’s been a terrific old horse for the stable,” Munce said.

“The thing about him is that he wasn’t over-raced early and he’s been getting better and stronger with age.”

First Crush had a mini spell after overcoming a torrid trip to beat the New Zealander Megablast at Grafton although Munce insists the stayer will be fit enough to run well at Rosehill.

First Crush has been ignored as a winning chance in first betting markets posted on the Premier’s Cup.

But Munce expects the race to give him an insight into the horse’s Newcastle Gold Cup prospects on September 14.

“Providing he runs well on Saturday he’ll head to Newcastle. He’s got a good profile for that sort of race,” Munce said.

Avilius made an instant impression for trainer James Cummings with an exciting brand of acceleration to win first-up in Australia over 1600m at Randwick.

That race was run under benchmark conditions and Avilius steps up in class but the five-year-old has the runs on the board in black-type races in Europe.

In seven overseas starts, Avilius raced five times at stakes level for a win and four placings – the best of which came when second to Cracksman, one of the best middle-distance horses in the northern hemisphere.