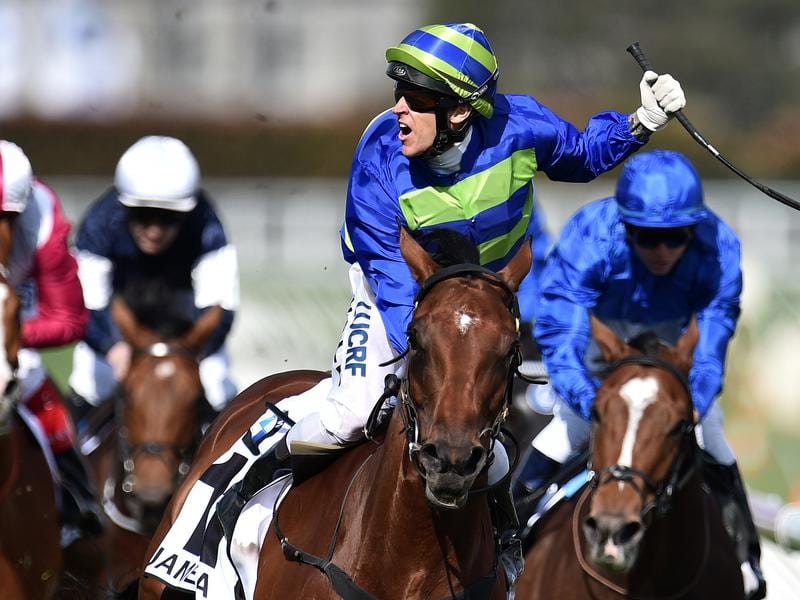 Caulfield Cup-winning mare Jameka has been retired and will head to the breeding barn.

Connections of the multiple Group One winner made the decision after the mare finished unplaced in a barrier trial at Cranbourne on Tuesday.

Jameka had not raced since in March last year, when she won the Group One BMW in Sydney by 6-1/2 lengths, after which she suffered life-threatening travel sickness.

Jameka had been back in work at Caulfield building towards a possible race return this spring, but trainer Ciaron Maher had said Jameka would only make a race comeback if she showed she was capable of competing at the top level again.

Jameka had a race-day gallop between races at Sandown last month and had been to the barrier trials at Cranbourne twice this month, including finishing fifth in her 1190m heat on Tuesday, before the decision was made to retire her.

“Jameka is offically retired & heads to the breeding barn,” Maher posted on Twitter.

“She’s been the most tremendous horse and will be missed dearly.”

The six-year-old won six of her 24 starts, made another nine placings and amassed more than $4.8 million in prize money.