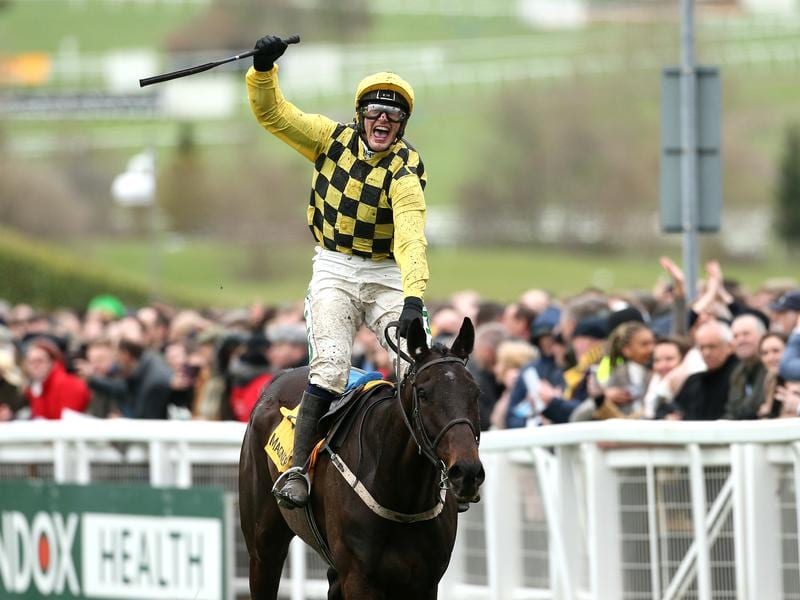 Al Boum Photo, ridden by Paul Townend, has won the Cheltenham Gold Cup on Friday to give trainer Willie Mullins his first victory in the flagship race.

“It feels great,” Mullins, who had trained six runners-up in the race, told ITV Sport.

“It’s good to get the Gold Cup finally, three of my other four runners were out before the circuit finished. But Al Boum Photo looked so relaxed and I knew he could jump.

“I come here every year and start afresh, but I didn’t think I would have a good Cheltenham with how the winter had gone.”

Victory was bittersweet for Mullins as one of his other runners in the Gold Cup, Invitation Only, suffered a serious fall and had to be euthanised.

It followed the death of Triumph Hurdle favourite Sir Erec who was put down following an injury sustained after going over a fence in the race won by 20-1 shot Pentland Hills.

“There was no reason we could have predicted that injury (to Sir Erec),” David Sykes, the director of Equine Health and Welfare at the British Horseracing Authority, told ITV.

“Beforehand, when he was checked, the vets reported he moved well and had no indication of lameness or injuries. We are never going to stop those sort of catastrophic injuries.”

Three horses have died at the four-day festival after Tuesday’s fatal injury to Mullins-trained Ballyward.