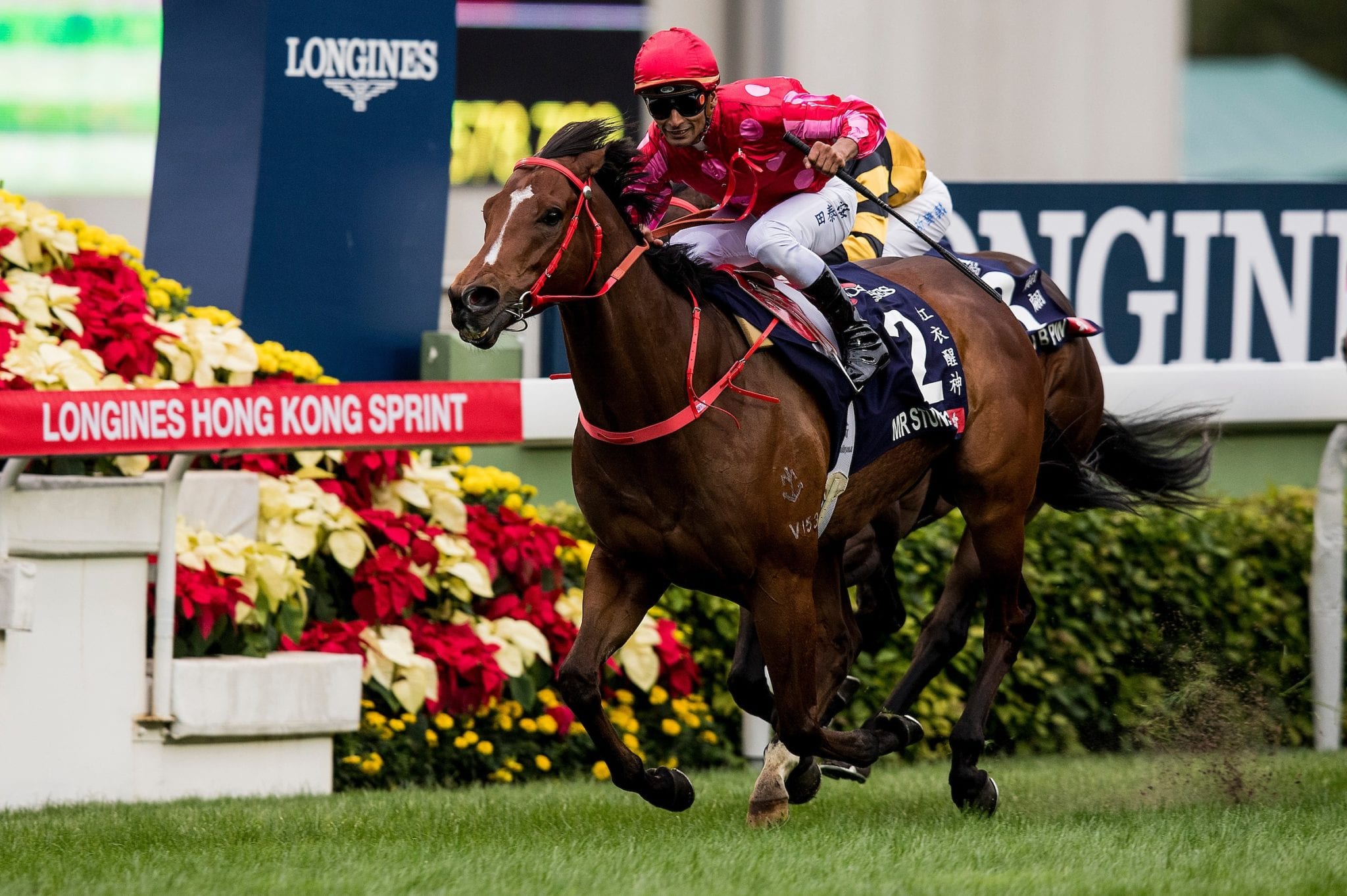 Mr Stunning had his second barrier trial since injury when striding out at Sha Tin yesterday morning (Friday, 8 November) and trainer Frankie Lor appeared satisfied with his star galloper’s progress as he builds towards a return in the Group 2 Jockey Club Sprint (1200m) in nine days’ time.

“He’s now had two trials – this one was much better than the first so while he’s still not 100 percent, December should be when he shows his best form,” Lor said.

Mr Stunning gave the handler a first Group 1 success in last season’s LONGINES Hong Kong Sprint, and, having also captured the prize one year prior for his previous trainer John Size, the seven-year-old is in the frame to make history with an unprecedented third win in the race on 8 December.

The Exceed And Excel gelding broke cleanly from gate two in this morning’s 1050m dirt trial, with jockey Keith Yeung filling in for expected big-race rider Hugh Bowman. Mr Stunning cruised home in a slick 1m 00.86s, while the Size-trained duo of Hot King Prawn and D B Pin passed the post easily in second and fourth.

Lor’s speedster last raced in the Group 2 Sprint Cup (1200m) in April, placing third behind Rattan and Beat The Clock, before being withdrawn next start from the Group 1 Chairman’s Sprint Prize (1200m) after he was found to be lame in his right front leg.

“He had a hairline fracture in his right shoulder and he’s come back to work very slowly since then,” Lor said.

The trainer has given his star sprinter three months to recuperate, preparing him patiently toward his planned seasonal return in the Group 2 Jockey Club Sprint on 17 November.

“We needed to listen to the vet and watch his progress closely because he was a six-year-old and time is his best chance for a return,” he said.

“I gave him three months off, then he came back to work very slowly and I think it’s taken him a long time to get his confidence back.”

“He will go to the Group 2 (Jockey Club Sprint) then into December for the Hong Kong Sprint – Hugh Bowman will ride him both times,” Lor said.

The third-season trainer has won two Group 1’s and swept the Four-Year-Old Classic Series last term but a successful return from Mr Stunning could rank above all if he were to claim that history-making third Hong Kong Sprint victory.

“It’s very hard to put into words what it would mean to me, especially as a three-time Sprint winner if he can win one more,” Lor said.

A likely challenger to Mr Stunning in Sunday week’s Group 2 Jockey Club Sprint is Hot King Prawn, who is also returning from a lengthy stint on the sidelines. John Size’s charge had surgery for colic in February and has not raced since.

Grant van Niekerk was in the plate for the first time yesterday morning and the in-form South African returned satisfied with his Jockey Club Sprint mount.

“I’m very happy with him, it was a nice trial. He just needed it a little bit towards the end but I was pleased with that,” Van Niekerk said.

Hong Kong’s champion sprinter and dual Group 1 winner Beat The Clock also stepped out this morning, under Joao Moreira, ahead of his first assignment for the term in the Jockey Club Sprint.

“He went as well as we expected but he’s still a little bit behind; he has improved from his last trial and we expect a little bit more improvement from this one. I’m not too worried about it because most of the others are not 100 percent yet – except Aethero, who has been running already,” Moreira said.

Lor’s Group 1 LONGINES Hong Kong Cup (2000m) winner Glorious Forever led them home in batch one, in which Beat The Clock, while moving comfortably, did not look to be full of zest in the closing stages. The rider asked his mount to do just a touch more to the finish line.

“He’s always been like that. I indicated to John beforehand that he was probably going to see me shake the reins at him a little because he’s a hold-back type of a horse. If I don’t ask him, he just won’t do it. That’s him,” Moreira added.