Mr Sneaky On Path To Group One Handicap 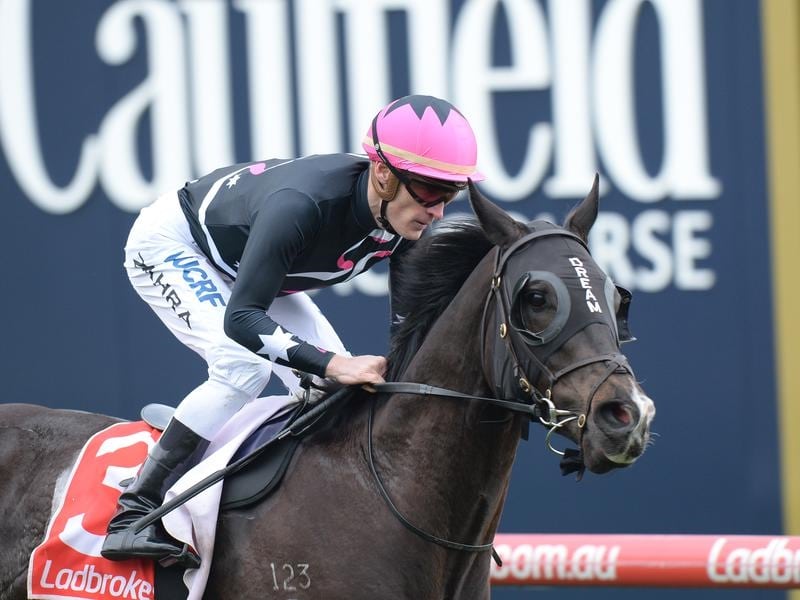 Going one better in the Group One Sir Rupert Clarke Stakes is the main target for Mr Sneaky who will be out show he’s on track for that when he resumes in the Listed Carlyon Stakes at Moonee Valley.

Mr Sneaky burst to the front early in the straight in last year’s Rupert Clarke at Caulfield only to be overhauled by stablemate Santa Ana Lane in the final strides, finishing second in the 1400m-handicap.

The Anthony Freedman-trained five-year-old gelding steps out in Saturday’s Carlyon (1000m) and is scheduled to progress to the Rupert Clarke on September 22 at his third run back from a spell.

Mr Sneaky won a barrier trial at Cranbourne on August 6 and was taken to Moonee Valley for a gallop on Monday morning, dashing home his final 400m in 23.35 seconds.

“It looks like it’s going to be a strong race but it’s a nice place to kick him off,” Freedman’s son and assistant, Sam Freedman, said.

“He will probably need it. He’s just had to one trial this time in.

“Hopefully he comes through the run well and we’ll head towards the Rupert Clarke again.

“That’s his target this preparation.

“He ran a blinder in it last year and hopefully this year he can get the chocolates.

“He’ll acquit himself well on Saturday but he might just be a bit soft for it.

Mr Sneaky was nominated for last Saturday’s Regal Roller but Freedman said he wasn’t going to be ready for 1200m and was saved for the 1000m to keep some sprint in his legs.

The gelding does have a strong fresh record, having won two of three first-up attempts while in the other he finished second in the Group Two Australia Stakes (1200m) at Moonee Valley last preparation.

Mr Sneaky finished third in the Group Three BRC Sprint at Doomben in May but his Queensland campaign was cut short.

“He got a lung abscess and it took him a little bit of time to get over it but he’s recovered quickly since he’s come back to Melbourne and we’ve been really happy with him,” Freedman said.