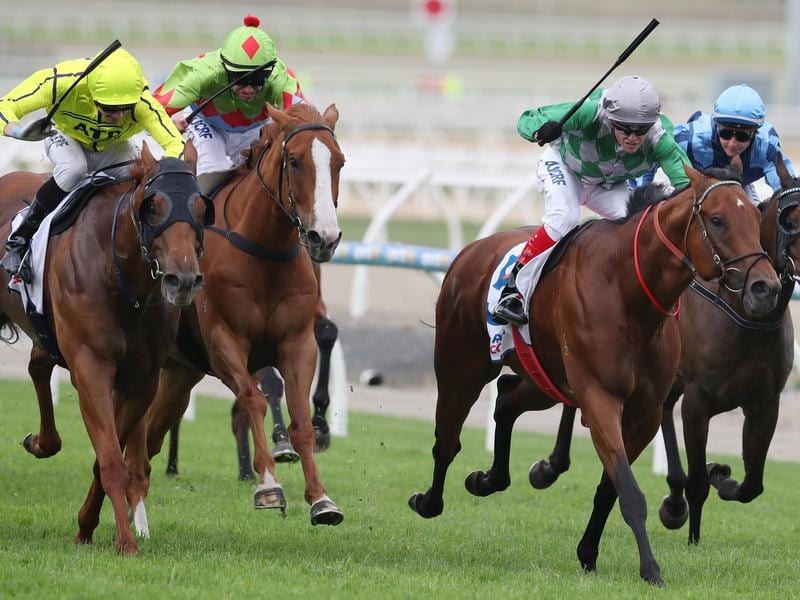 Trainer Robbie Griffiths is toying with the idea of a trip to the Gold Coast with Mr Money Bags if he can win at Flemington.

But the gelding will have to overcome barrier 14 when he lines up in the Yuletide Handicap (1400m) on Saturday.

“When they compile the fields they go oops, we’ve forgotten Mr Money Bags and they put him in the outside,” Griffiths said.

“It’s the same on Saturday.

“If he happened to have some luck and win really well on Saturday we could go up to the Magic Millions, but we’ll see what happens.”

Griffiths said the barrier and a slow beginning contributed to Mr Money Bags’ defeat last start at Pakenham when he was second to Amadeus, an opponent again at Flemington.

“He was terrific last time and if you swap the start at Pakenham we beat Amadeus, but anyway he ran a close second,” Griffiths said.

“He’s in good order, he’s trained well, but he’s got a horrible barrier again and that’s probably going to be the be-all and end-all of his result.

“He’s a Flemington winner. He’s a specialist at 1400 metres. There’s a lot of pluses but the barrier is a big negative.”

While he has next month’s Magic Millions meeting at the Gold Coast in the back of his mind, Griffiths is also thinking of the Listed Chester Manifold Stakes (1400m) at Flemington on January 12.

“If he shows us he can get to that level, that would be good,” Griffiths said.

“After that we could give him a little freshen up and then further down the track he could be suited to those VOBIS Gold races at Caulfield around Easter time.”