Most Important Win For Gollan In Noud 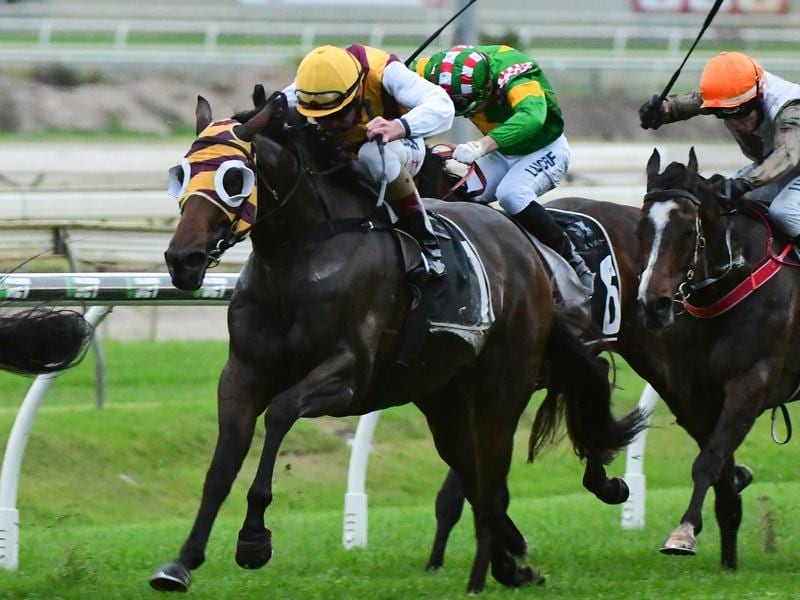 Third time has proved a charm for Most Important, who overcame a first-up hoodoo to win the Listed Keith Noud Quality (1200m) at Doomben.

Most Important ($19) had contested the Noud for the past two years, finishing third two years ago and sixth last year but won it at his third attempt by a half-head on Saturday.

Victorem, the $3 favourite, flew home to finish second, with I’m A Rippa ($9), a stablemate of Most Important, a head away third.

It was also the first time Most Important had won first-up in eight attempts.

Trainer Tony Gollan said the six-year-old was well above himself in condition before the race and has forecast significant improvement for the rest of his campaign.

“If you saw him in the yard he was as fat as me and there’s still a lot of improvement to come so he’s in for a big summer,” Gollan said.

“Both him and I’m A Rippa ran out of their skins. They’re two good horses for us to have during the summer and if we can keep them sound and happy we’ll be in for a good campaign.”

Byrne said Most Important’s class shone through when it came to the crunch in the straight.

“When I saw him bouncing around the yard before the race I knew he was going to put in a big run.

“I’m A Rippa’s not an easy horse to get past but to my horse’s credit he really dug deep at the finish to get the win.”

While things went to plan for Gollan and Byrne with Most Important, jockey Ben Looker had a hard-luck tale after riding Victorem.

“It was just the gate that stuffed me,” Looker said.

“I was stuck on the fence. If I was one-off I would’ve been able to get his momentum up.

“They just went so slow during the middle stages but he’s done a super job once he saw daylight to finish as close as he did.”

Gollan made it four winners for the day when El Campeador won the last race.