Most Important To Be Official Millionaire 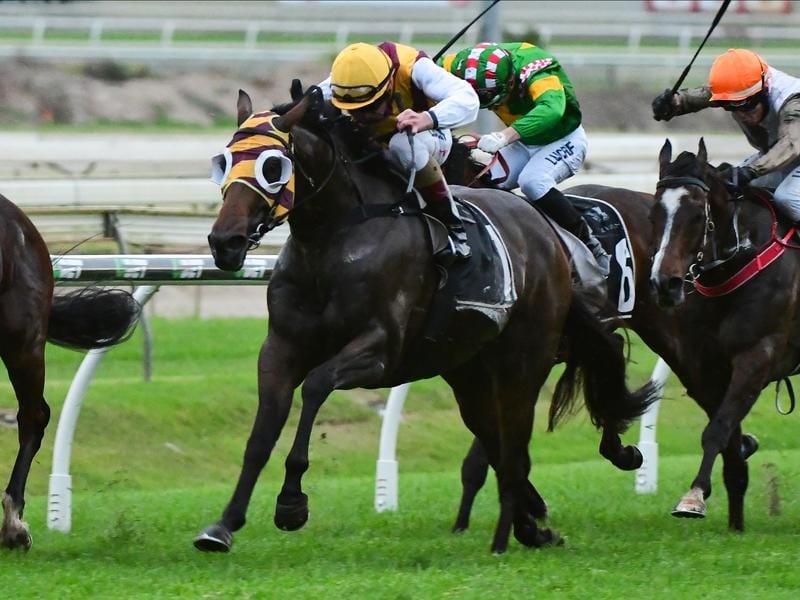 Summer specialist Most Important is set to officially join the millionaires’ club when he runs in the Group Three George Moore Stakes at Doomben.

He has actually returned his owners Linda and Graeme Huddy $1.4 million when a $500,000 bonus for winning the 2016/17 summer triple sprint crown is taken into account.

Most Important’s summer record stands at 21 starts, dating back to December 2015, for seven wins of which six were in stakes races.

He showed he had lost none of his love of hot weather with a first-up win in the Listed Keith Noud Stakes last Saturday week.

Trainer Tony Gollan said there was no doubt Most Important was a genuine summer carnival horse.

“His first-up win wasn’t a shock but the thing is he usually gets better with racing each campaign,” Gollan said.

“He hasn’t had the best of luck away from the summer because he has struck unsuitable winter tracks and he didn’t handle Caulfield in Melbourne.

“But he has shown why the summer carnival is so important to Queensland racing.”

Jim Byrne again rides Most Important on Saturday when his opponents include Keith Noud runner-up Victorem who has a change of jockey from Ben Looker to Dale Smith.

Most Important’s stablemate I’m A Ripper, third in the Keith Noud, also lines up in the George Moore as does the Toby Edmonds-trained Tyzone.

Edmonds was far from disappointed with Tyzone’s fourth in the Keith Noud, saying the result could have been different with better luck.

“Nothing went right. We had planned to follow one of Bjorn Baker’s horses (Test The World) but he got trimmed up and we got caught in the backwash,” Edmonds said.

“Tyzone ended up in an awkward position and to finish as close as he did was a good effort.”

Jeff Lloyd, who has won twice on Tyzone, will be reunited with the gelding after Ryan Maloney switched to the Matt Dunn-trained Care To Think.