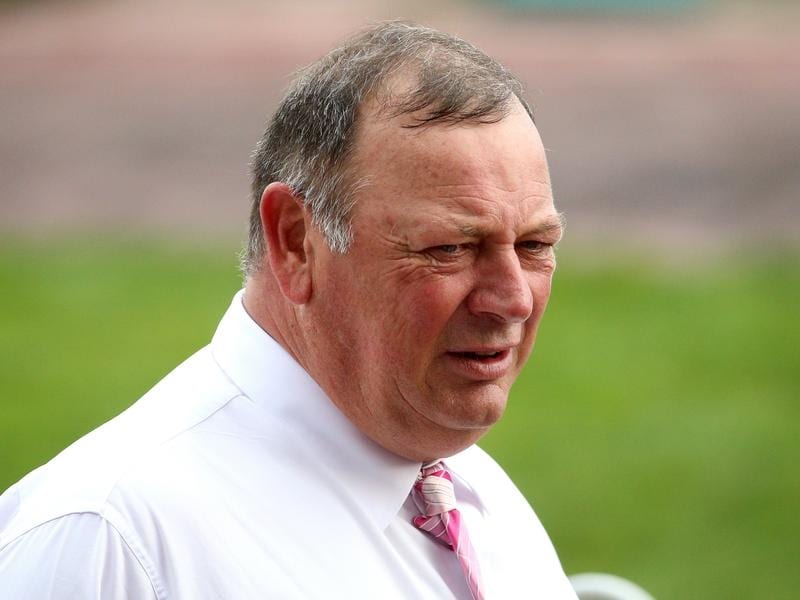 Trainer Mike Moroney believes there’s not much between stablemates Hawker Hurricane and Alburq going into the Magic Millions Clockwise Classic at Ballarat.

Moroney has two of the nine runners in Saturday’s $200,000 race for two-year-olds which is run in the clockwise direction as a lead-in to the Gold Coast Magic Millions in January.

Only the Lindsay Park-trained Ancestry, who finished fifth in the Debutant Stakes at Caulfield on debut, takes race experience into the 1000m-event.

“They are ready to have a run but both would improve with it,” Moroney said.

“We’re heading towards the Magic Millions, all going well with them. They’re on trial to head there so this is the logical place to start.”

Hawker Hurricane, to be ridden by Mark Zahra, was at $6 on Friday with Alburq at $16.

Both colts have had a jump-out at Flemington and a clockwise jump-out at Ballarat in preparation for their first starts.

“It’s pretty hard to split them but if I had to have a leaning I’d go with Hawker Hurricane,” the trainer said.

“Mainly because the other horse has got very colty and the Deep Field horse (Hawker Hurricane) has been pretty straightforward.

“He came around that last corner in his jump-out at Ballarat as the widest runner and still cornered really well, which is a good sign.”

Moroney believes the barrier draws for Hawker Hurricane (2) and Alburq (3) help their chances over the 1000m.

“They have both worked together all the way through and there’s been very little between them,” he said.

“We’ll just see where we end up but I would think whatever they do on Saturday they would improve again.”

Sydney visitor Not A Royal Doubt, who has won a Randwick barrier trial, was favourite on race eve at $3.30 ahead of the Danny O’Brien-trained Absolute Flirt ($5.50) who impressed winning a Cranbourne barrier trial recently.