Mornington Cup the next step for Defibrillate 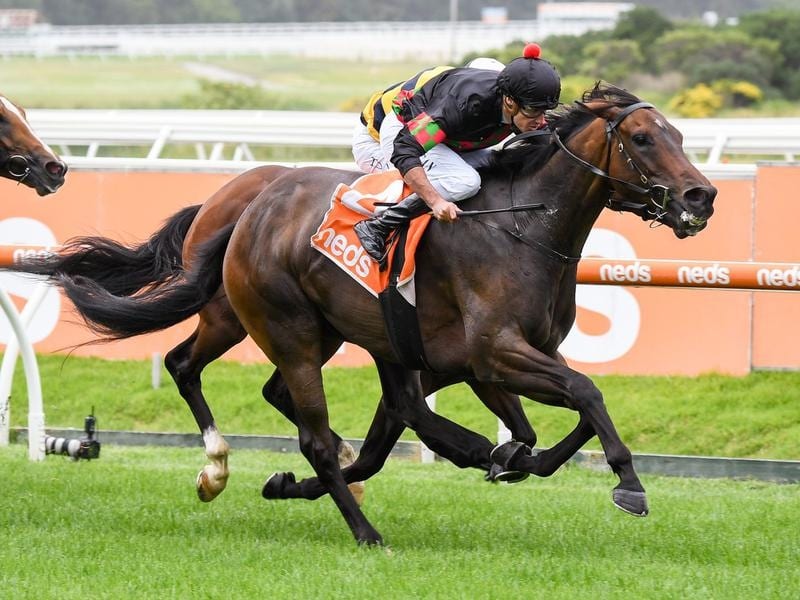 The attraction of a ticket into the Caulfield Cup is the furthest thing from the mind of trainer Patrick Payne who will start Defibrillate in the Listed Mornington Cup (2400m) on Saturday.

Success in the Mornington Cup gains the winner a ballot exemption for this year’s Caulfield Cup (2400m) in October, but Payne is looking no further than Saturday’s contest.

“If it pans out that way, great, but he pulled-up great from the Australian Cup and this is just the next logical step for him,” Payne said.

Defibrillate strung together four wins on end before finishing sixth to Homesman in the Group 1 Australian Cup (2000m) at Flemington on March 6.

“I thought he ran as well as what he could but the handicap against a lesser field this time is ideal,” Payne said.

“We didn’t think it was a strong Group 1 weight-for-age race last time, but a horse like Homesman, he was still too good for him, and we had our chance I thought.”

When he first arrived from New Zealand in 2019, Defibrillate showed staying promise.

He was successful over 2500m at Flemington on a couple of occasions while also running placings over 2500m and 2600m.

After almost 12 months away from racing and having had six starts this campaign, Defibrillate steps out beyond 2000m for the first time on Saturday.

And his performance will determine whether he heads north for a shot at the Sydney Cup (3200m) at Randwick on April 10.

“He has had a fairly long campaign so far but he’s not showing signs that he’s had enough, so we can think of the Sydney Cup after Saturday.”