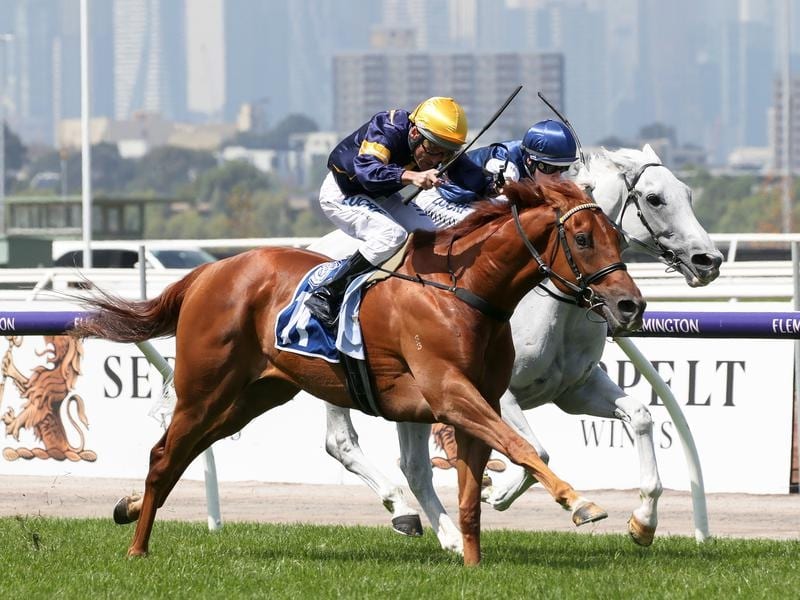 Mike Moroney is planning to use the upcoming Mornington Cup as an avenue to a Caulfield Cup tilt for import Hang Man.

The Flemington-based trainer has a high opinion of Hang Man as a staying prospect and was delighted to see the five-year-old gelding bounce back to winning form on his home track on Saturday over 2000m.

With Saturday’s win in the benchmark-90 race at Flemington under Hang Man’s belt, Moroney now plans to run the stayer in the Listed $350,000 Mornington Cup (2400m) on March 23.

The winner of the Mornington Cup earns a ballot exemption into the Caulfield Cup in October.

“We’re pretty keen on trying to get him a berth in the Caulfield Cup, so that’s one way of doing it,” Moroney said.

“We thought we’d map out a bit of a program towards the Mornington Cup this preparation.

Hang Man won over 1400m first-up this campaign at Caulfield on December 26 before running on for second in an on-pace dominated race over 1600m at Sandown at his next start in a small field.

He then failed at Flemington on February 16, finishing unplaced over 2000m when he was sent out among the favourites but Moroney was pleased to see him bounce back on Saturday.

“He was off his game last start and I don’t know why.

“We changed tack a little bit with his work so that might have helped a bit.