Moreira boosts lead in jockeys’ championship with another treble 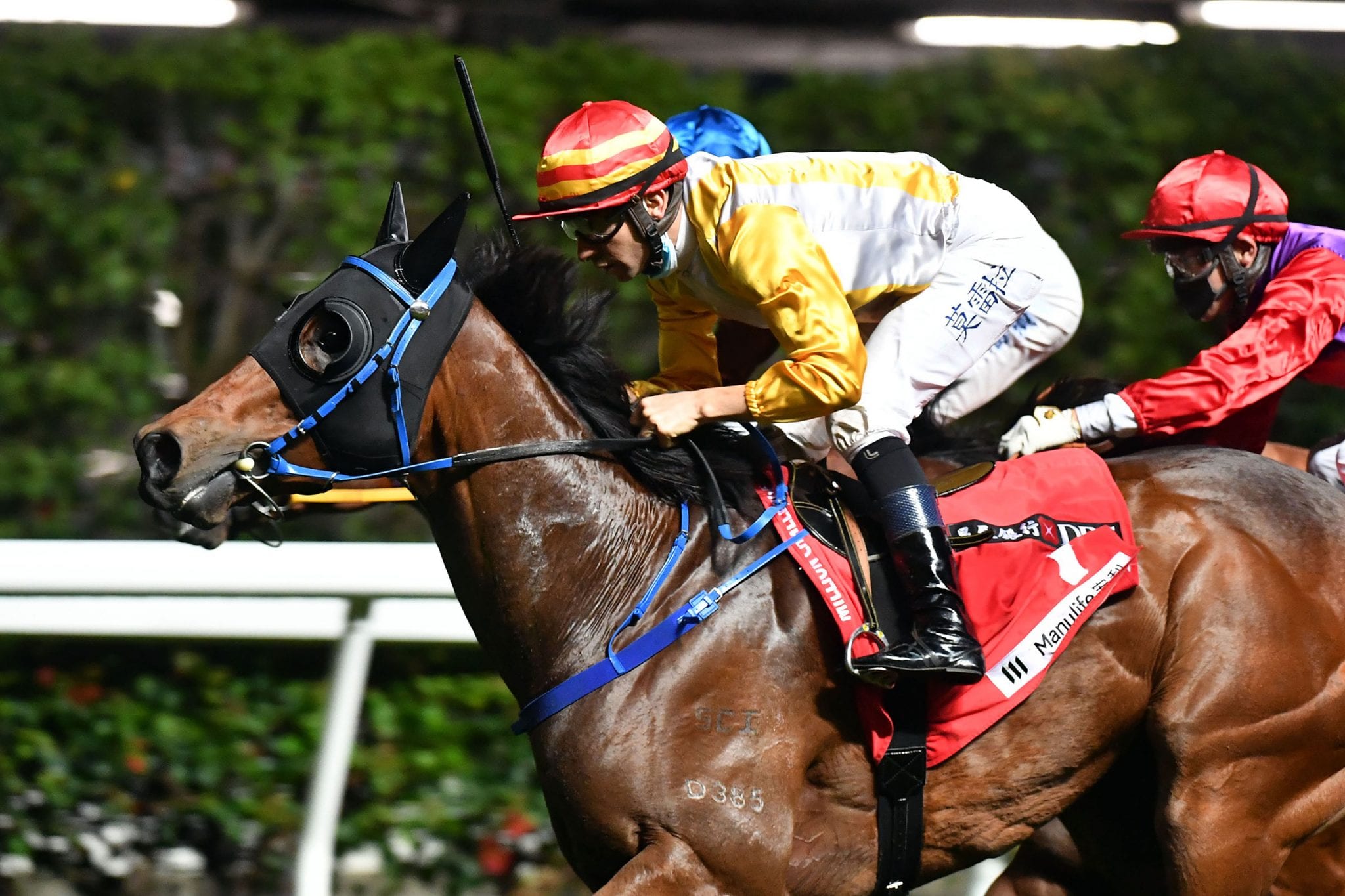 Joao Moreira has extended his lead in the Hong Kong jockeys’ premiership with another display of dominance, notching a Happy Valley treble to lead reigning champion Zac Purton by 30 winners – 89 to 59.

Moreira’s stunning season continued as Fownes secured precious breathing room in the battle for 2020/21 Hong Kong trainers’ championship with a double to stretch his lead to four – 43 to 39 – over John Size.

Chasing a fourth title, Fownes confirmed his standing as ‘King of the Valley’ after Kurpany posted a sizzling display of sustained speed in the Class 3 Azalea Handicap (1000m) for Moreira.

“We’re just trying to progress the horse, he’s still learning. If he can get another win for us, that would be nice.

“There’s a race here for him on the 24th of February, but obviously he’ll get ratings points for that win,” Fownes said.

Moreira also combined with Fownes to prevail on Daily Beauty in the first section of the Class 4 Orchid Handicap (1200m).

“He’s quite versatile from 1200m to 1650m and I just thought I’d bring him back to the sprint distances, the good gate helped and the little bit of the sting out of the ground was good, too.

“His very first run in Hong Kong was an absolute bottler and it was wet then.

“The conditions were right for him and he finally drew a gate. Nice horse who has been racing well all season, so he deserved it.”

Borges delivered a reminder of his skill with victories on Danny Shum’s President Star in the Class 5 Primula Handicap (1650m) and Spontaneous for Paul O’Sullivan in second section of the Class 4 Orchid Handicap (1200m).

“He (Spontaneous) injured his tendon last year, it was quite a bad one (injury),” O’Sullivan said.

“It was quite a bad bow (of the tendon), he spent 10 months doing nothing.

“He spent some time up in Conghua and he came back down here and his trials indicated he was a little bit better than he was last year.

“He had a good gate (two), got a good ride, things went his way. I thought he was forward enough to run well tonight.

“It was a good team effort from the boys at home.”

Spontaneous was the third winner from O’Sullivan’s five past starters to continue the 11-time New Zealand champion trainer impressive momentum heading into the second half of the 2020/21 season.

“We’re fortunate enough to have a few new ones coming on and I think the second half of the season should be good,” he said.

“He’s quite deceiving because he’s not the biggest horse in the world,” Millard said. “He’s a little fellow but he’s certainly got a heart on him.

“He’s improved from run to run and today the pace suited him where they eased up. That was good for him because they didn’t go too hard.

“He also showed he can run on the wet. He’ll go into Class 3 now with bottom weight and we’ll see how good he is.

“He’s won three in a row and not many do that.”

“He’s a nice horse, he can only improve. It was a small field and a tactical race but the pace was very good. I was happy on the fence and my horse has been very brave,” the Frenchman said.

“He picked up very well and he has got great abilities. He’ll be a very interesting horse in the future.

“He’s a very straight-forward horse and he’s got a good turn of foot, which is important in Hong Kong.”

Derek Leung continued his excellent recent run, following a treble at Sha Tin on Saturday by partnering Joyful Win to victory in the Class 4 Gladiolus Handicap (1000m) for Ricky Yiu.