Moreira aims to keep on rolling as Nicconi Express returns 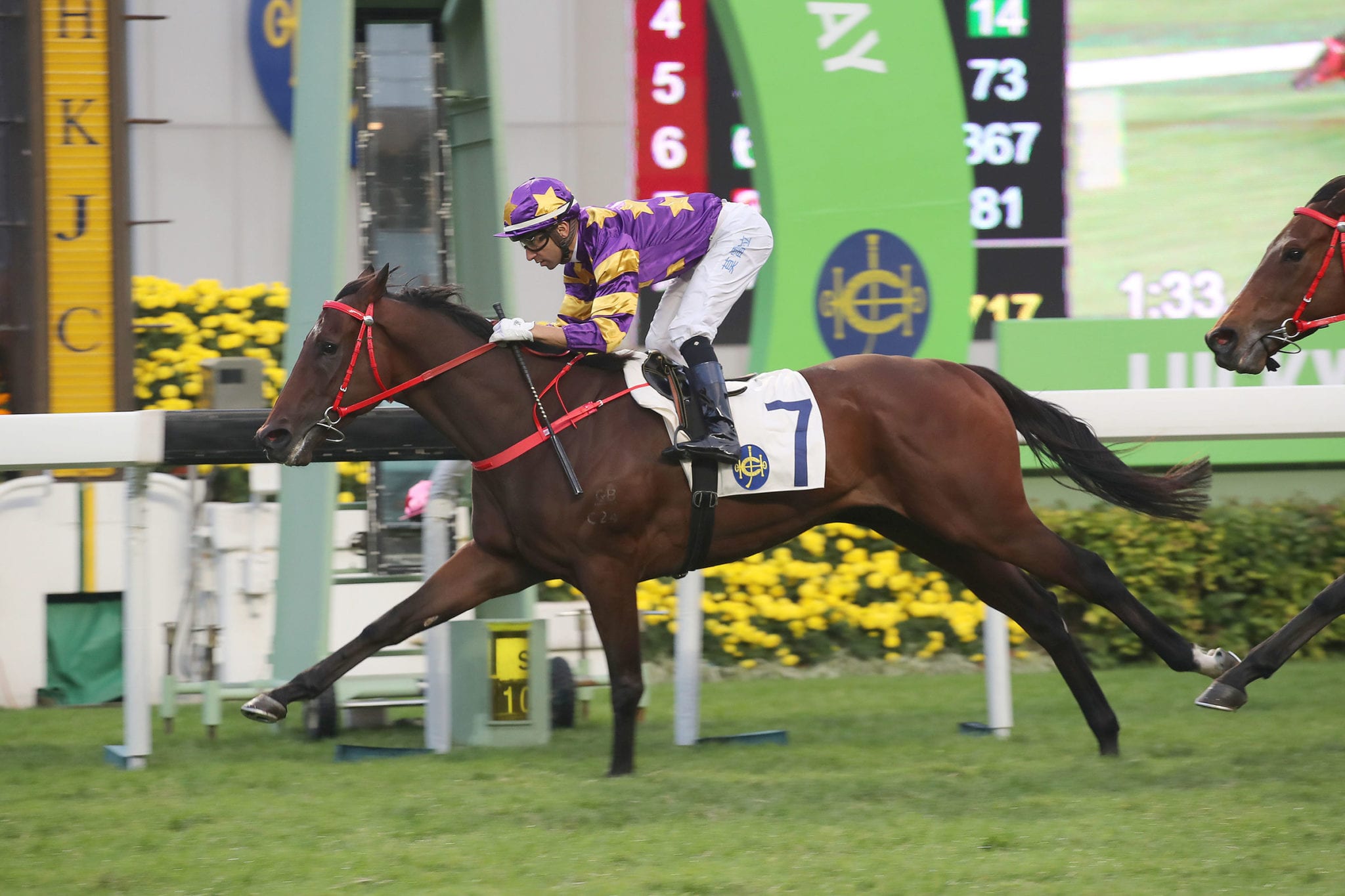 A pair of cracking Class 2 contests highlight Sunday’s (14 June) 11-race card and Joao Moreira is looking to keep his momentum rolling as he aims to close the gap on premiership leader Zac Purton (129-126) with only nine meetings left in the Hong Kong racing season.

Moreira ended a cold snap of 25 rides without a win last Sunday at Sha Tin and then added two more wins at the Valley on Wednesday to Purton’s one, reducing the Australian’s lead at the top to three.

“It was a bit of a downside for me to not get a win in two out of the last four race meetings, I was a bit unhappy with that but it’s good to spark things back up,” Moreira said.

The pair lock horns again on Sunday, Moreira with 11 rides, Purton with six; among the Brazilian’s bookings is Nicconi Express (122lb) who tackles the Class 2 Purves Quaich Handicap (1600m).

A two-time winner pre-import in Australia, the five-year-old returns from a four-month freshen-up with three trials under his belt, having finished sixth over 1800m the last time he raced, at the beginning of February.

“Every time he has been given some time off you can see that it doesn’t take more than two races for him to win his next race, I think the break will have done him a lot of good,” Moreira said.

The Nicconi gelding will step out from gate three in Sunday’s test against a small but competitive field of seven others. The assembled line-up has nine wins between them this season.

“He felt great, he felt ready to go back to the races and he might be a nice surprise in the race knowing that it is a very strong field,” Moreira said. “He hasn’t been exposed too much – he is a nice horse.”

Eleven-time champion trainer John Size indicated that he was pleased with his gelding’s progress during his spell away from racing, which included a month at Conghua.

“He’s had a couple of trials and he seems fit enough to go to the races and run well, he’s had that little break and he looks strong, he looks normal – similar to last preparation,” he said.

“He struggled when he first got here for strength and he’s not a big strong horse either, he’s a little bit delicate but he has some ability and he’s very close to being in Class 1 at the moment so he might make it.”

Size also saddles Time To Celebrate (133lb), the Per Incanto gelding is a three-time course and distance winner, each time in Class 2, and will break from gate two on Sunday with apprentice Alfred Chan in the plate who takes seven pounds off his listed weight.

“He’s been good, it’s hard for him to look good in Class 1 – he’s a prime example of the difference in grades because he is just a different animal in Class 2,” Size said.

“With a claim from the apprentice and the speed of the race, again he’s probably going to put himself in a position to win, as he does most of the time.”

Size and Moreira have proven a formidable pairing in recent seasons; this term their strike rate is lower than usual at 16.5%, with 30 wins from 181 rides, the duo also combine in the Class 2 Arculli Trophy Handicap (1200m, dirt) with Gunnison (129lb). Size will also saddle Red Desert (125lb), who will be ridden by Chad Schofield.

“It’s an ideal race for Gunnison – he’s been up to a rating of 104 but I don’t know if he can do that as he’s gotten a little bit older because he’s lost a bit of energy but he’s certainly competitive,” Size said.

“Big Time Baby beat him this season and there’s not a horse like that in this race, so I expect he’ll fight out the finish once again.”

The Not A Single Doubt gelding arrived in Hong Kong as an undefeated Group 2-winning import from Australia three years ago and since then has ticked over HK$7 million in earnings, thanks largely to a consistent 11 top-three finishes from 28 outings.

“Unfortunately he is one the highest rated in the race so he’s going to be carrying the top weight and if he does get beaten that will be a big factor, because I honestly think he’s close to the best horse in the race,” Moreira said.

Also in the contest is the Me Tsui-trained Ugly Warrior (130lb), a six-time winner in his own right on the dirt who returns from a four-month freshen up since finishing ninth in February.

“He appears to have a better feeling fresh, I was happy with his trial – I think he will run well, he should run well. Also, I think a few months at Conghua has done him good – he is fresh,” Tsui said.

Vincent Ho has won on the gelding three times and hops in the plate for Sunday’s test, where the duo will break from gate three together.