More Than This has questions to answer in FWD Champions Mile 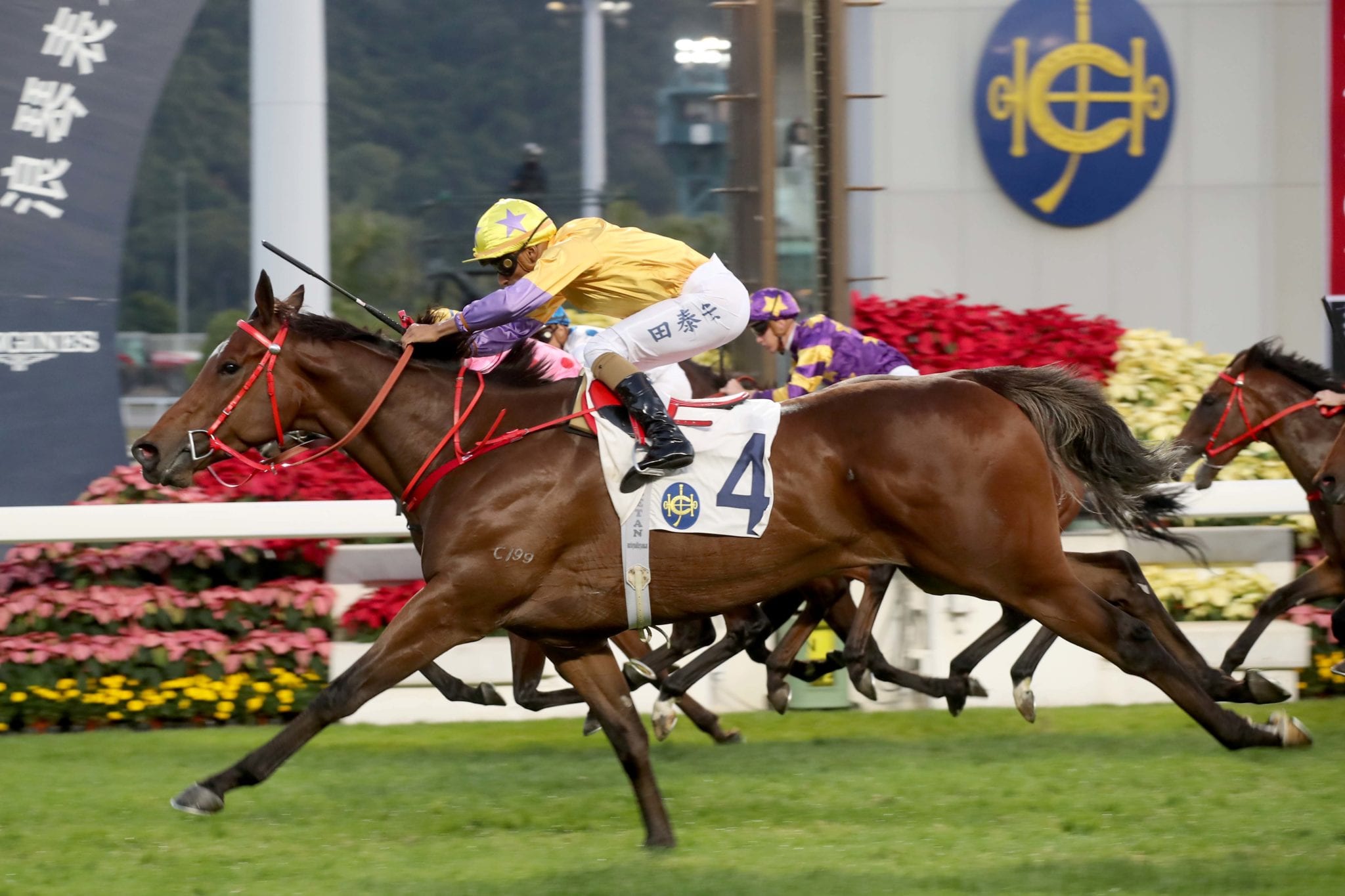 More Than This heads into Sunday’s (26 April) HK$20 million Group 1 FWD Champions Mile in the midst of an identity crisis of sorts but reunited with Karis Teetan, the man with a perfect record on the Francis Lui-trained four-year-old.

Reel back to early December and the British import had just completed a hat-trick of wins under Teetan, a perfect start to a campaign that held the tantalising hope of BMW Hong Kong Derby triumph. His victories had come at 1400m and a mile but his dogged style, dour at times, suggested 2000m in mid-March might be right up his street.

“I’m happy to be on him back over the mile – I’d always thought he’d be better over further but to be honest when he was winning those races, he was doing it the hard way,” Teetan said, recalling runs such as his wide, battling passage to land a storied 1600m Class 2 handicap on the LONGINES Hong Kong International Races undercard – a contest that has fallen to the likes of Able Friend and Werther in recent years.

Beside the visual muddle of his racing style stands his pedigree: his sire, Dutch Art, did not win beyond 1200m, was Group 1-placed at a mile and has not sired anything of elite quality capable of winning beyond that distance; his dam did however place third in a modest 10-furlong Windsor handicap, and she is a half-sister to both the talented sprinter-miler Wannabe Grand and the smart Wannabe Posh, Group 3-placed over a mile and six furlongs – the noted stamina influence Shirley Heights looms large on that side of the family.

More Than This’s placed efforts behind his brilliant stablemate Golden Sixty in the Hong Kong Classic Mile, running on from deep, and the Hong Kong Classic Cup (1800m) – same again – did little to dampen the belief among the gelding’s supporters that here was a stayer in the making. But then in the Derby itself, More Than This was beaten three lengths, a wider margin than in each of the two previous Classic Series contests.

“I still think he ran pretty well in those Classic Series races, it’s just the horse who was winning was too good for all of them,” Teetan noted.

The nature of More Than This’s performances, his sluggish opening sectionals followed by a strong, winding run home, raises the question: Stayer in the making or lazy miler?

“I think going back to the mile, it seems to me that he’ll like that more, he likes that there’s more speed and he can be left alone and then have that 500-metre run. Maybe this is what he wants right now,” the Mauritian ace said.

“I’ve won three races on him this season and I felt that the last time I won on him I tried to put him into the race and he didn’t feel good so I allowed him to drop out, be outside, and that’s when he let down. I think that’s what he likes – more speed in the race, where he can be left alone and then finish.”

Lui is in agreement. The handler is looking forward to the Huang Kai Wen-owned gelding stepping out at a mile, but he is not discounting his charge returning to a longer trip in the future.

“I discussed with the owner and we took into consideration his past form at the mile so decided to go this route with him,” he said. “I’m not sure if he’ll be best at the mile or over further in time, he is a bit lazy and in the Derby he kept on okay but over a mile he has shown he has some acceleration at the end of his races.”

Laziness is a recurring theme. And the bay’s rigid, twitching tail when under a drive suggests the gelding has a hint of the Rodin bronze about him too – but Teetan is still a fan and delighted to be back aboard after losing the ride for the Classic Series to Ryan Moore and Zac Purton.

“He’s a lovely horse but he is a lazy horse and he hates to be close to horses too,” Teetan said. “Maybe that’s why last time in the Derby when he was drawn one it maybe wasn’t in his favour; he’s so big, he doesn’t feel as comfortable between horses.

More Than This is the only horse to have contested the Four-Year-Old Classic Series set to take on his elders in the Champions Mile and he will have to be at his peak level to cope with the competition.

Among his rivals is a one-time ‘stayer’ – the Sha Tin track record holder at 2200m – who went to conquer all as a powerful-running miler, Beauty Generation.

“More Than This is the horse coming in as a fresh face in the group against the older horses – Beauty Generation is the champion but there’s not a lot between the top horses with ‘Beauty’, Waikuku and Ka Ying Star all finishing close together these days so I’m excited to see how he gets on against them,” Teetan said.

More Than This won three from three as a two-year-old with trainer Richard Fahey in Britain but the gelding has scope and whatever happens on Sunday, Teetan expects upside is still to come.

“I think maybe next season he’ll be stronger, physically he’ll be better, But I still feel like since I’ve got back on him, he’s already improved so much. I can feel he’s growing,” he said, having partnered in a barrier trial last week.

The FWD Champions Mile is one of three Group 1 races on FWD Champions Day at Sha Tin, along with the HK$25 million FWD QEII Cup (2000m) and the HK$18 million Chairman’s Sprint Prize (1200m).