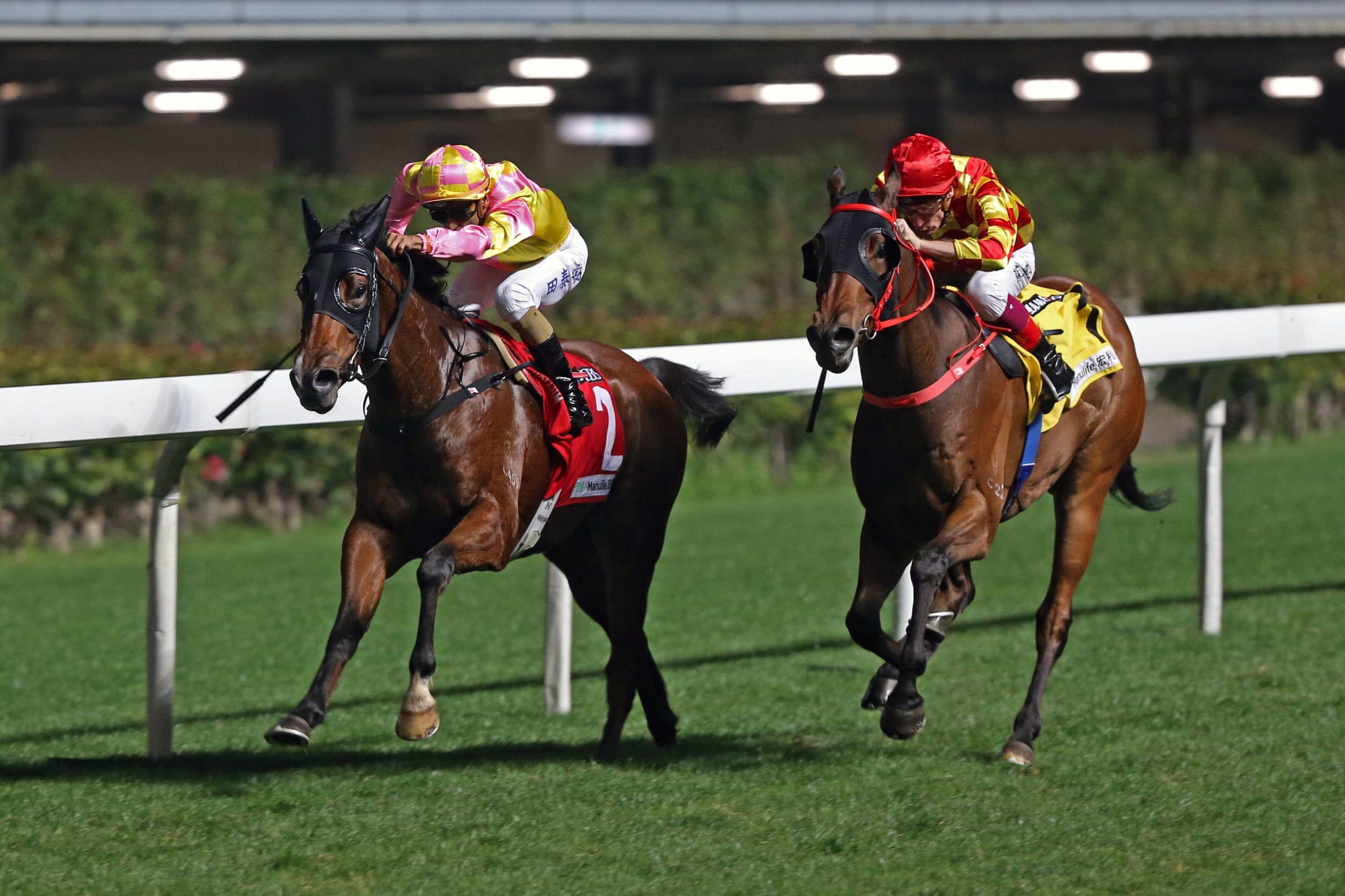 Shining Ace had the 1.9 favourite on the ropes half-way down the home straight, but with Karis Teetan driving mightily, Highly Proactive lifted and edged past the top-weight.

“He’s a fighter,” Teetan said. “When the second horse came three deep on the home turn I couldn’t sit there, I had to go with him. When he went past me by a head, I could feel my horse wasn’t trying yet – when I got really onto him, then he let down.”

The four-year-old made it two wins from four starts and his second score on the bounce, but both Teetan and trainer Francis Lui believe the New Zealand import is far from the finished article.

“I think he’s still going to improve because he still doesn’t race properly yet, he has a lot to learn, but he’s a lovely horse,” the jockey said.

Lui commented: “He surprised me; I thought the other horse was going to win but it’s a good sign because he’s still immature. After this race he will have learned a little bit more.”

Highly Proactive’s victory sealed a double for Lui and Teetan, the pair having teamed earlier in the night to take the Class 4 Hong Kong Club Challenge Cup Handicap (1200m) with Victory In Hand.

Lui has bagged at least one win at each race meeting since the turn of the year and left the track with 29 wins for the season to remain a safe second in the premiership behind the pace-setting Ricky Yiu.

But the handler, who has two big players heading into the Four-Year-Old Classic Series – Golden Sixty and More Than This – played down his chances of mounting a title challenge through the back half of the season.

“I’m still five races behind Ricky and it will be difficult because I don’t have the middle class horses, the quality is quite average. At the moment I’m using the old horses and now their ratings are going up,” he said.