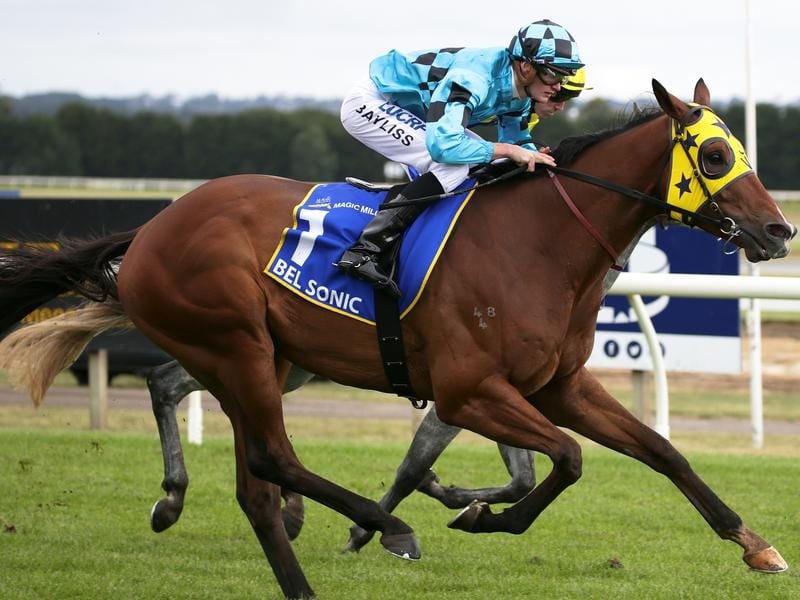 Jason Warren has more Magic Millions races in his sights with one of his stable stars Bel Sonic.

Four-year-old Bel Sonic resumed from a spell with a last-to-first victory in the $100,000 Magic Millions 3&4YO Classic (1100m) at Ballarat eight days ago and Warren has two other Magic Millions races in mind for the talented gelding in the next six weeks.

The trainer said the plan was to travel Bel Sonic north to run in the Wyong Magic Millions 3&4YO Stakes (1200m) on December 12 on a path to a $1 million race on the rich Magic Millions race day at the Gold Coast a month later.

He said the fallback option, if there was rain, was to run at Flemington over 1100m on December 15 instead of going to Wyong, before turning attention to the Gold Coast.

“He has come through the run at Ballarat well and he’s going well,” Warren said.

“I think this is the best we’ve had him in a long time. The horse is thriving.

“We’ll probably go to the Gold Coast (after his next start) and base ourselves there for the Magic Millions.

“There is a lead-up race at Doomben two weeks out and he may run in that as well.”

Bel Sonic is not the only horse Warren has aiming towards January’s Magic Millions race day at the Gold Coast, with Miss Toorak Flyer’s win at Cranbourne on Friday night confirming plans for her to head north.

The trainer is expected to this week map out a path to February’s Group One Blue Diamond Stakes (1200m) at Caulfield for two-year-old filly Brooklyn Hustle who made a stunning debut win at Moonee Valley on Saturday.

Brooklyn Hustle overcame a slow start to come from last for a two-length win.