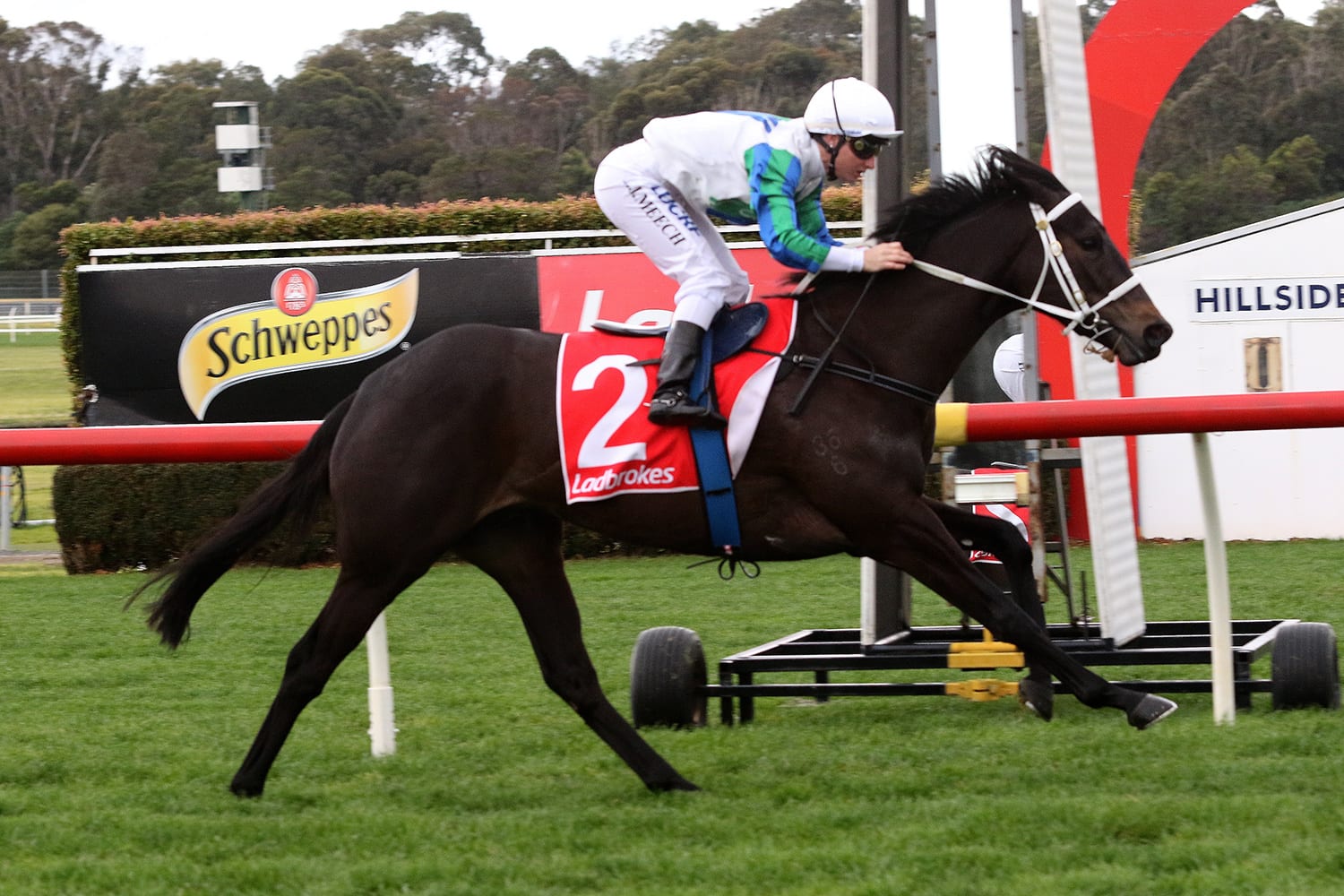 An impressive winning double in Australia this week bodes well for a big spring carnival for the white, blue and green racing colours of Waikato Stud. Promising Pins mare My Pendant scored the fourth win of her eight-start career with a strong performance in a mares’ Benchmark 84 at Flemington on Saturday, then the Savabeel filly Acting recorded the second win of her three-start career at Sandown on Wednesday.

Waikato Stud’s business manager Mike Rennie believes both horses are definite black-type prospects, and he credited the stud’s pre-trainer Sam McLeish – formerly a strapper to the top-class mare Atlantic Jewel. “Both of those horses went through a new pre-training regime here in New Zealand with Sam McLeish, then travelled over to Australia to prepare for their spring campaigns,” Rennie said. “It’s obviously a system that’s working really well and starting to pay dividends on the track.”

Acting is a granddaughter of Waikato Stud’s home-bred Group 1 Salinger Stakes (1200m) and Goodwood Handicap (1200m) winner Glamour Puss. Following Wednesday’s dominant victory, her expat Kiwi trainers Trent Busuttin and Natalie Young are eyeing the Group 1 Thousand Guineas (1600m) at Caulfield on October 12. “She’s pretty awesome,” Rennie said. “We were actually going to sell her at one point, but decided to pull the pin on that and have a go with her ourselves. That turned out to be quite fortunate, because her mum (the winning Pins mare Hollywood) has since died. “She’s always shown a lot of potential, and Trent and Natalie have thought a lot of her for quite a while. Hopefully it’ll be onwards and upwards from here.”

My Pendant, meanwhile, is trained by long-time Waikato Stud associate Danny O’Brien – the trainer of Glamour Puss, and subsequently a multiple Group 1 winner with Master O’Reilly, Shamrocker and Shamexpress, all progeny of legendary Waikato stallion O’Reilly. From the family of Group 1 Queensland Oaks (2400m) winner Miss Keepsake, the four-year-old My Pendant is likely to tackle black-type assignments later in the spring. “She’s always shown a fair bit, but just had a bit of a hiccup at the end of her last preparation,” Rennie said. “She’s come back from that well and is a much stronger horse this time in. “Her family has tended to be a later-maturing one, so it’s exciting. All signs are hopefully pointing to black type in this preparation. There are a few options coming up through the spring.”

Australian success is nothing new for the Waikato Stud racing colours, dating all the way back to O’Reilly’s placing in a star-studded Group 1 Australian Guineas (1600m) in 1997. But their presence is growing across the Tasman, and in an era of explosive prize-money increases, Rennie said that is no accident. “We’ll always have horses in New Zealand and support the industry here as much as we can, but it would be remiss to ignore what’s happening in Australia,” he said. “A lot of our horses are bought by Australian trainers, and we like to support those who support us. So we identify horses that we think might be suited over there, and we spread them around some of those trainers.

“It’s a fairly even split in numbers of racehorses here and in Australia, but with perhaps an increasing number over there. “In terms of ownership of these horses, it’s a real mixture between owning them outright, leasing them out to syndicates and owning them in partnership. We own Acting outright, but My Pendant is part of a group of horses that we leased to Danny O’Brien for a syndicate he set up. Another one in that group was Fabric, who has shown good ability and won two races.”