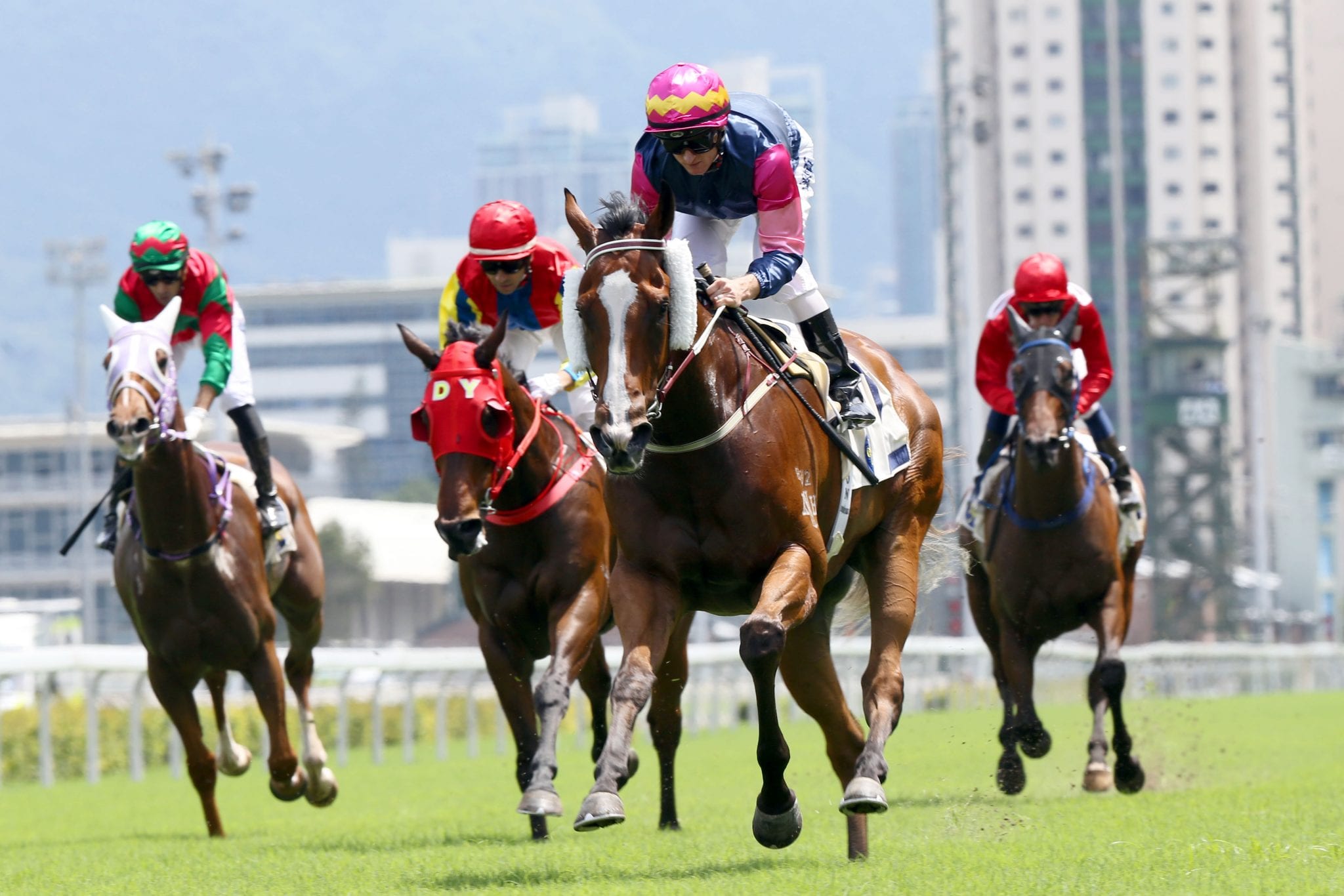 The exciting future of Hong Kong’s sprinting ranks will be on show at Sha Tin on Monday (1 July) when John Moore ups the ante in his assault on the trainers’ premiership with rising stars Aethero and Thanks Forever.

“This is the new breed of sprinters coming through, from a racegoers’ point of view, we need that and it’s exciting for my stable to have two of them on the way up,” Moore said this morning (Friday, 28 June).

Hong Kong’s sprint division is invariably strong but the emerging crop could yet prove more than a match next season for established stars Mr Stunning and Beat The Clock, with Moore’s unbeaten young duo rising through the grades alongside the likes of the impressive Voyage Warrior and the exciting grey Big Party.

“This is what Hong Kong racing wants – these match races against these improving youngsters,” Moore said. “From a racing point of view, people are going to say ‘well what about the rest of the field?’ I would say these are two (Thanks Forever, Big Party) out of the hat, they are both going to Class 1.”

This year’s Group 1 Chairman’s Sprint Prize showed that while Hong Kong’s top sprinters are still high up the world pecking order, the domestic division could do with the emergence of some fresh talent. Beat The Clock – victorious that day – was the only locally-trained Group 1 winner to compete in the race following the withdrawal of Mr Stunning due to injury.

The next best locally-trained galloper was Rattan who landed the Group 2 Sprint Cup the start prior at an underestimated 16/1, as Richard Gibson’s three-time 1600m winner was having only his second start over 1200m.

“These horses coming through are the new brigade that the Jockey Club needs to fill the spots of the older Group horses who might be starting to feel the pinch a bit,” Moore said.

Thanks Forever (129lb) is now three from three following a dominant win when receiving 13lb from the Ricky Yiu-trained Voyage Warrior. The latter was previously undefeated and has since come out and blitzed his rivals down the 1000m straight.

The son of Duporth has had his troubles in the past and had to wait almost an entire year to follow up his step-out run late last season.

“He’s done everything right since returning from that setback, he’s drawn well (3), he’s got early speed and he’s really good because he can relax, he jumps and just switches off and goes along, then when you stoke him he really hits the line,” Moore said.

Karis Teetan will be aboard Thanks Forever for the first time. Usual partner Zac Purton has been booked to ride Big Party in the same race, but Hong Kong’s champion jockey still spoke in highly of Moore’s gifted youngster.

“I was booked for Big Party a fair while ago, but he (Thanks Forever) is a very relaxed horse, he’s got a very good attitude, he’s drawn the right gate to get the right run,” Purton said.

Big Party is a three-time winner, just like Thanks Forever and although he has two defeats among his five career starts, Lor’s gelding has impressed, including when a comfortable three-length winner last start under Purton.

“He went pretty good, he did everything right, he travelled good, it was a pretty kill for him really,” the rider said.

Big Party has had his issues with gate manners and lameness but Purton is hoping to see further improvement on Monday.

“We know he’s had a lot of problems but it looks like Frankie’s been able to work him in a consistent manner coming into this race, so hopefully he’s improved off that last effort,” he added.