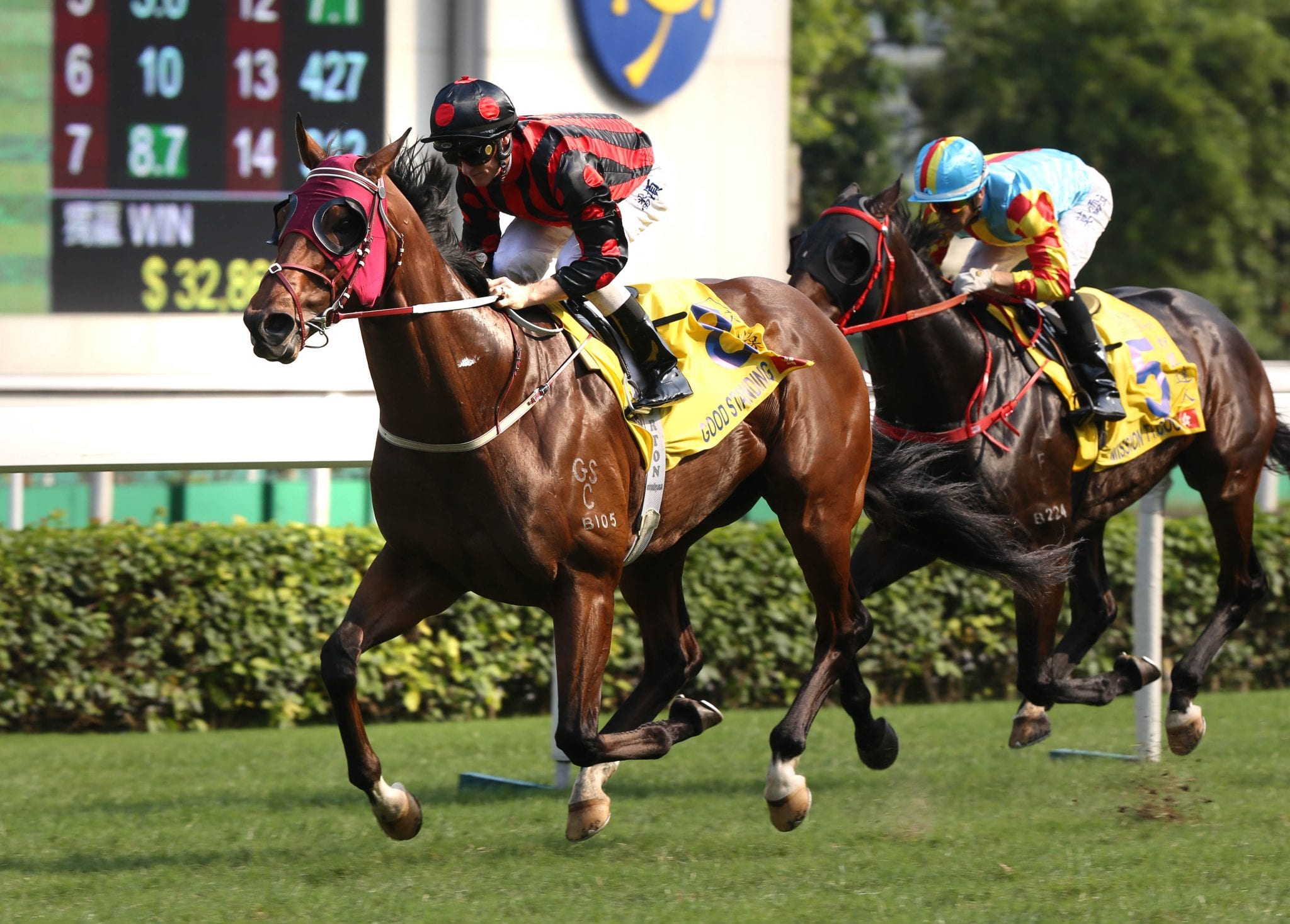 John Moore’s record in the Group 3 Lion Rock Trophy Handicap (1600m) stands at two wins from three editions and on Sunday he will attempt to bag a third victory when Good Standing (123lb) rolls into the fourth running of the Sha Tin feature, seemingly in the form of his Hong Kong life.

The trainer needs every win he can get as he continues the difficult task of chasing down John Size’s eight-win lead in the trainers’ premiership. But, championships aside, the handler will take plenty of satisfaction should Good Standing grab the weekend silverware.

“We thought when we bought him he was a Derby horse ready to jump into Group company straight away and then we had the setbacks,” Moore said. “He’s definitely Group quality, it’s just been a long time coming because of the issues he had but he seems to be over them now.”

There was certainly no sign of any problems when the five-year-old earned his Class 1 stripes over 1400m last start. The bay cruised to a two and a quarter-length score over Hong Kong Classic Cup (1800m) winner Mission Tycoon under a pretty Zac Purton ride.

“It was a very good win the other day and in very good time, which tells me he’s in really good form,” Moore said.

Purton cuddled Good Standing through that contest, finally shaking the reins with only 250m to race. But the champion jockey will be in opposition this time.

“Zac was always on Simply Brilliant in this race,” Moore said. “I asked him after the horse won and he was already booked. Karis Teetan will ride him this time.

“The longer you can wait on him, without going for him, the closer he’ll be at the finish,” he added.

Good Standing arrived from Australia in the autumn of 2017 with plenty of experience in the higher grades, including five defeats in Group 1 contests and a Group 2 victory in the Skyline Stakes (1200m) as a juvenile. The Artie Schiller gelding raced only twice in his four-year-old season though – withdrawn three times – as physical issues hampered his progress. He eventually broke through in a mile Class 2 back in February.

That win came on good going, while a fine second two runs back behind the re-opposing rising star Champion’s Way (118lb) means that Moore is not concerned about any prospect of juice in the ground this weekend.

“If he’s on the speed, I think he’ll be alright, he handled it before when he was ridden like that. I think when he’s in behind and cops a bit of kickback, that’s when he thinks twice about it,” the trainer said.

“This race is more competitive, of course, he’s gone up into Group company so we’d like to get a nice run from the gate because he does like to be up on the speed; he actually likes to be in day-light, without cover.

“He stands a great chance considering the form he’s in going into the race.”

The 10-runner feature has drawn a competitive line-up with the Size-trained Champion’s Way looking to regain the winning thread and make it six for the season following a meritorious second last time out.

Stablemate Red Warrior (117lb) ended Champion’s Way’s win streak and will attempt to show that that was no fluke, while Size also has the solid yardsticks Dinozzo (130lb) and Insayshable (123lb) in the line-up as he forges on towards what he hopes will be an 11th Hong Kong trainers’ title.

The talented Pingwu Spark (129lb) gets some respite from taking on Hong Kong’s top sprinters. He gets his chance at a mile for only the third time this season, having placed a solid fourth to subsequent Group 1-placed Rise High in a Class 1 at the distance in March.