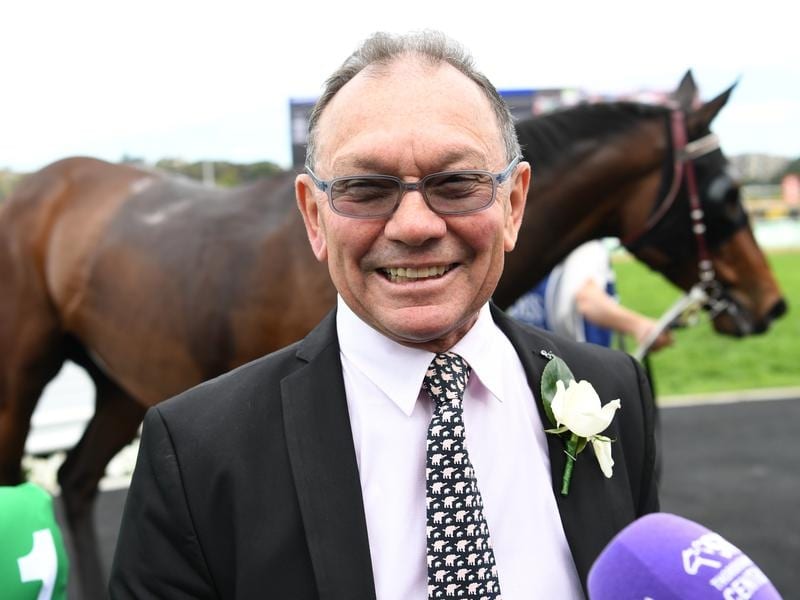 Pedigrees mean a lot in racing and Rosehill trainer Gary Moore boasts one of the finest in the industry.

The son of champion Hall Of Fame jockey George Moore, Gary has had a glittering career in his own right as both a jockey and a trainer.

In the saddle, Moore has won feature races all over the world including the Prix de l’arc de Triomphe in Paris and racked up seven Hong Kong premierships.

As a trainer, he remarkably won the Macau premiership eight times before relocating to Australia.

Moore lines up two hopefuls on his home surface this weekend, with $1 million yearling purchase Petronius looking to add to his consistent record in the Quincy Seltzer Handicap (1500m).

“He’s worked very well. I’m delighted with the condition he is in,” Moore said.

“We paid a lot of money for him, so we’ve been hoping we can keep him an entire.

“But there are so many great prize money races these days it could be a long-range plan to geld him. That’ll be up to the managing owner Mr Messara.”

Moore is also bullish about his two-year-old Hodgson in the $1 million Golden Gift.

The Hinchinbrook colt was a touch unlucky in the Victory Vein at Randwick on October 17 and Moore doesn’t see why he can’t take the next step.

“It was an enormous run first up,” Moore said.

“He got baulked at the 500 metres, went wide, and finished strongly to only get beaten three-and-a-half lengths.

“He’s got a gun draw on Saturday and I don’t think the going will affect him. I think he’ll run a really big race.”

With his brother, champion Hong Kong trainer John, soon to join him at his Rosehill operation, Moore is looking forward to the future and has a few handy youngsters on the books.

“I can’t wait. I’m very excited to have brother John back with me.”