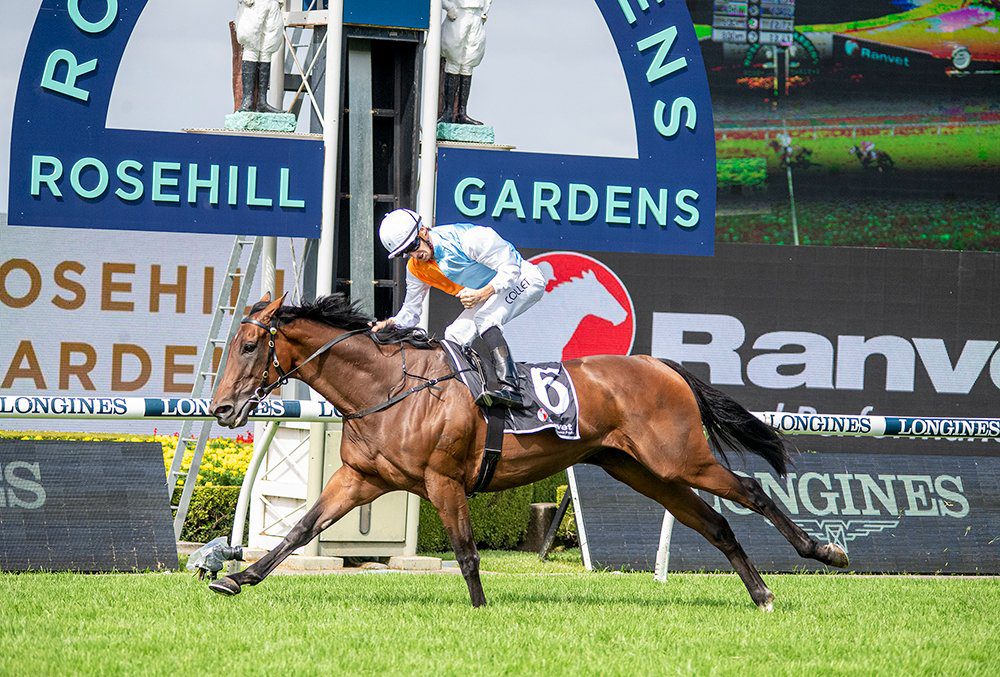 The David Payne-trained four-year-old mare was a drifting $9 second favourite in the six-horse field, but she proved too good for the Caulfield and Melbourne Cup-winning mare.

The two mares came into the race together, looping the small field, but Montefilia was able to show a superior turn of foot, racing clear to win by two lengths under Jason Collett.

The win in the Ranvet gave Montefilia her fourth win at the highest level, while it continued a hot run of form for Collett.

“Whether I was in front of James (McDonald) or behind, ideally in front because it’s very difficult to outsprint Verry Elleegant in the straight, but when that tempo sort of came off mid-race I just had a lovely rhythm and I got into the straight on the bridle with James (McDonald) still behind me,” Collett said.

“I know when she lets down she can let down like that.

“I think I got to the furlong and I thought ‘Do I look at the screen yet? Or do I wait until the 100m?’ And I got there and I looked up.

“It’s a good feeling. She gave me a huge thrill a year-and-a-half ago when I won on her and it didn’t go to plan last year around this time in the Oaks and Derby campaign, so it’s great to repay.”

Winning trainer David Payne said that the mate will now push onto the Queen Elizabeth Stakes where a rematch with Verry Elleegant will be on the cards.

“She is just a different horse,” he said.

“We are going for the Queen Elizabeth now, definitely. She is a special horse.

“I’ll look after her. I want the Melbourne Cup with her later hopefully.”

Montefilia is now a $9 chance in the Queen Elizabeth, while Verry Elleegant has drifted from $3 to $3.50 after her shock defeat.