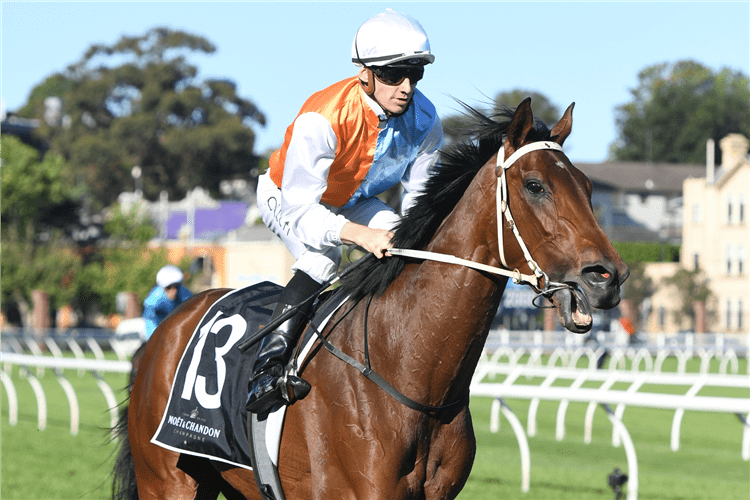 David Payne’s star mare Montefilia may still be a few weeks away from a first-up run, but he is confident that his team at Rosehill Gardens this Saturday can be competitive.

Payne will saddle up two runners in a Benchmark 78 Handicap over 1800m, including the 2021 Victoria Derby (2500m) fourth-placegetter, Raging Bull.

Although only having won one race from 11 starts, Racing NSW handicappers have allocated the son of Bull Point the top weight of 61kg for Saturday’s race, which Payne doesn’t believe is a fair assessment.

“He’s come along nicely since the autumn,” he told HorseBetting.

“I just think they’ve been very harsh on handicapping him.

While Raging Bull will have to lug the big weight when he resumes, stablemate Monfelicity gets in with just 54kg.

The four-year-old mare by Vadamos was a surprise winner first-up over 1600m in a Midway Handicap at Randwick, then was unlucky at this track and distance on July 30 when pinned away on the fence.

Payne plans to run her on Saturday and then back her up seven days later in a 2400m race at Royal Randwick, with the distance rise the key to her chances.

“I think she’s going to be better over further; I want to run her Saturday and then back her up – there’s a 2400m the week later – but she’ll be competitive, she’s really well.”

Monfelicity will don the same orange, blue and white silks of her star stablemate Montefilia on Saturday, but it will still be a couple of weeks until we see the multiple Group 1 winner at the races.

The mare by Kermadec has earned over AU$2.4 million in prizemoney, with four Group 1 victories to her name from only 19 starts.

After taking out The Metropolitan (2400m) in the spring of last year, Montefilia denied Verry Elleegant a 12th Group 1 victory in March’s Ranvet Stakes (2000m) at Rosehill Gardens.

Montefilia has already had one barrier trial ahead of next month’s return, and Payne will give her one more at Rosehill on Friday morning over 1000m.

Now a five-year-old mare, Montefilia will be aimed at the Caulfield Cup (2400m) on October 15, with her preparation set to start on September 3 in the Chelmsford Stakes (1600m) at Group 2 level.

She only narrowly missed out on running third in last year’s Caulfield Cup, so Payne is hoping to see her finish on the podium this time around.

“Aiming for the Chelmsford – she’ll kick off there – and then we’ll aim her for the Caulfield Cup,” the trainer said.

“She will have a prep here and then head to Victoria, and (Jason) Collett will stick with her.”