Money pouring in for ‘Magic Man’ Joao Moreira at Flemington 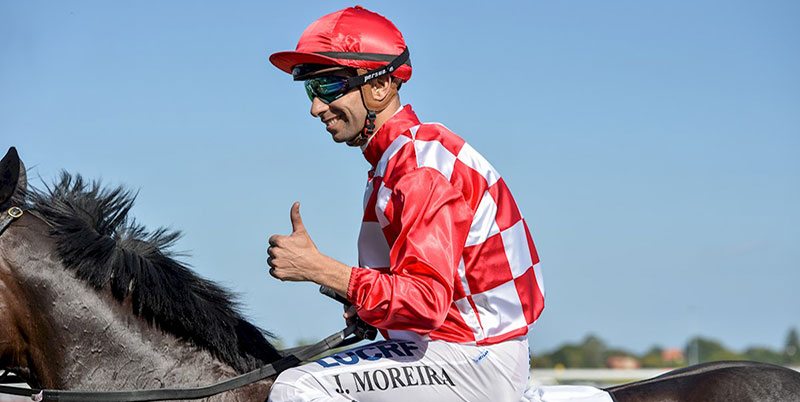 The superstar Brazilian jockey arrives in Melbourne fresh off a record-breaking day out at Sha Tin, where he rode eight winners last Sunday.

He is booked in for both the Group 1 races this coming Saturday, and the turf accountants are tipping the prices on his horses to tumble.

First up is the Australian Cup, where Moreira will jump on Tally.

The ‘Magic Man’ was also slated to ride the Mick Price-trained Flying Artie in the 1200m Newmarket Handicap.

After a disappointing first-up run in the Black Caviar Lightning Stakes, however, the three-year-old colt was scratched on Tuesday despite holding the second line of betting at +450.

Moreira will instead jump on Extreme Choice – another Price prospect and a well-liked +550 challenger to Spieth, now into +250 from +300.

“What an achievement by the Magic Man on Sunday, he could ride a winner on the moon,” said Sportsbet’s Will Byrne.

“He’s popular with Aussie punters at the best of times but we expect support for anything the Magic Man rides to go through the roof.”