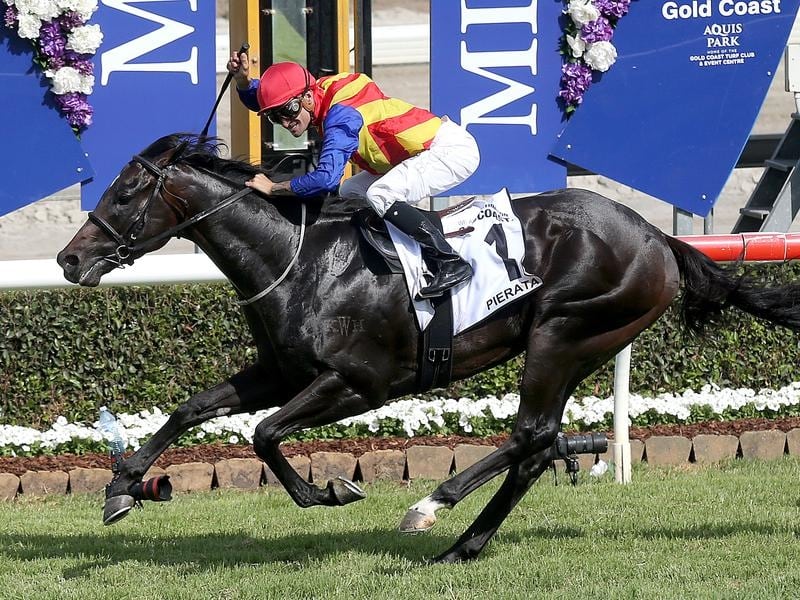 Kementari has been posted the $2 favourite in first markets on the Group Two Missile Stakes but Pierata’s trainer Greg Hickman believes there are a few things in favour of the second-elect.

Pierata is at $4.50 to reverse his two seconds behind the Godolphin horse earlier this year after a Queensland summer campaign which netted three wins including the $2 million Magic Millions Guineas.

“Pierata had a hard Queensland campaign and was on the way down when he met Kementari who was still on the way up,” Hickman said.

“I’m happy with where Pierata is after two nice trials. He has strengthened up and has always got his head in the feed bin which is a good sign.”

The two head the nine entries for Saturday’s Missile (1200m) at Randwick, a race which has the added attraction of unearthing a possible contender to fill the Australian Turf Club’s slot in the $13 million Everest in October.

But The Everest is not the primary goal for Pierata unless he shows on Saturday it is a viable option.

“To be a force in the Everest he would have to win and run 1m08s,” Hickman said.

“That’s what I think it would take to win the Everest. If he was sharp enough to do that then it would be something to think about and discuss with the owners.

“But my target is to get a Group One win with him and a stud deal.

“There has been interest from studs and that’s the primary goal.

“Where we head depends on what he does on Saturday.”

Pierata won a Group Three race in Queensland in December and one of his seconds to Kementari was in the Group One Randwick Guineas (1600m).

The Bjorn Baker-trained 2016 Doomben 10,000 winner Music Magnate is at $7 on Saturday with last year’s Golden Slipper winner She Will Reign and Showtime at $9.

The Hawkes Racing-trained Showtime, third behind Everest favourite Trapeze Artist and Le Romain in the Group One All Aged Stakes in the autumn, is a candidate to take an Everest slot.

Chautauqua is battling to gain an Everest start because of his recent refusals to go through the barriers which he must do at least twice to be reinstated to race.