Miss Tycoon Rose back with a vengeance at Riverton 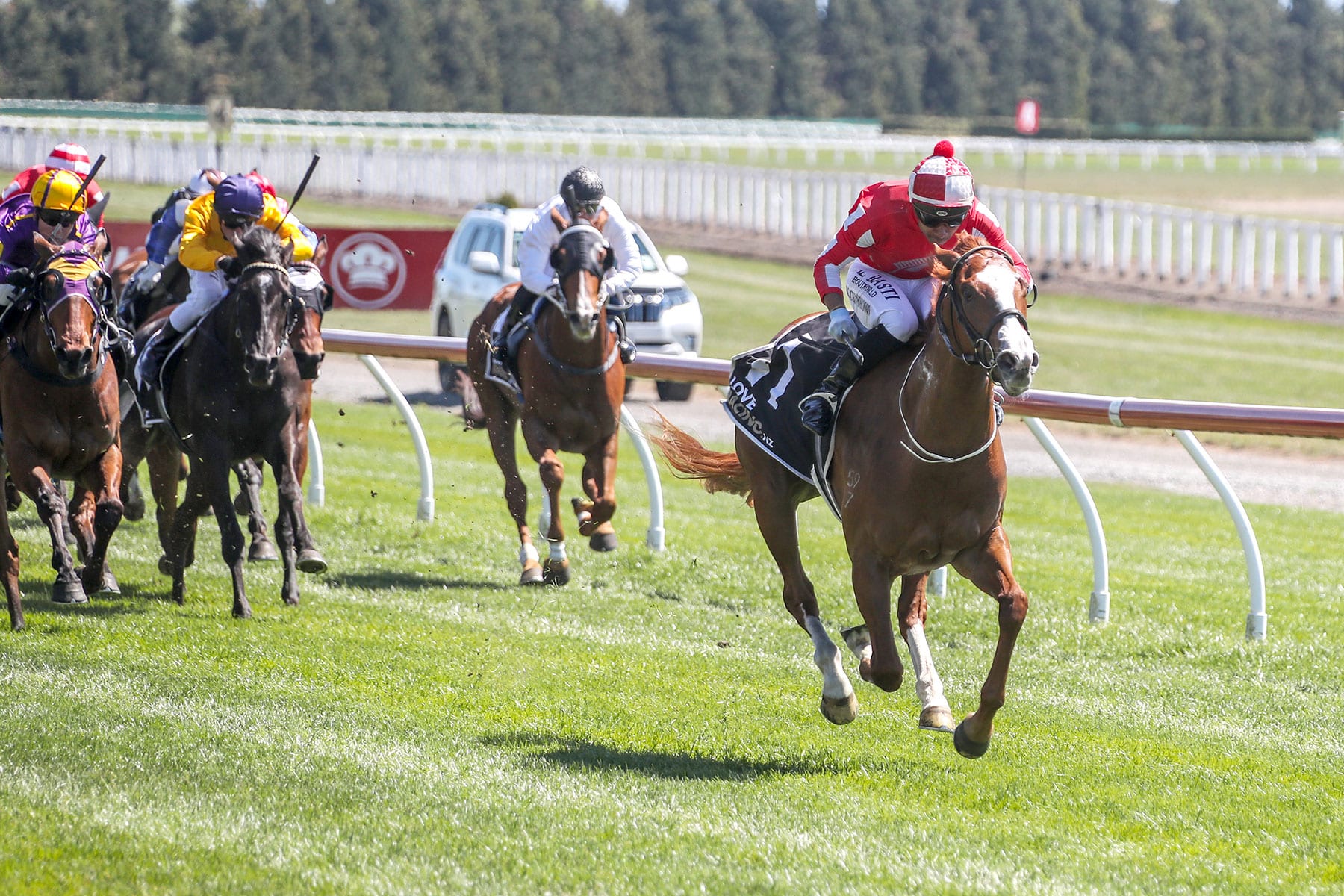 Classy filly Miss Tycoon Rose looked close to a good thing when resuming after a long break at Riverton on Monday and that was how it played out despite a mid-race scare.

The Michael and Matthew Pitman-trained Written Tycoon three-year-old was having her first start back from an injury-enforced timeout following her gallant run for second in the Group 1 New Zealand 1000 Guineas (1600m) at Riccarton in November.

Facing just four age-group rivals over 1200m, none of whom had won a race, Miss Tycoon Rose looked thrown into the set weights and penalties contest and she duly obliged, winning by nine lengths and hardly getting out of second gear.

The main danger to the favourite was the riderless Seraphic, who left the barrier minus jockey Meghann Gestain and proved a nuisance as she kept pace with the field throughout.

Kavish Chowdhoory aboard Miss Tycoon Rose kept a watchful eye on the riderless horse, steering a path to the middle of the track in the run home and doing just enough to provide her with a valuable hit-out before some more ambitious assignments ahead.

“We have been rapt with the way she has come back as she has been working well and has really strengthened up,” Matthew Pitman said. “Hopefully now it’s on to bigger and better things.

“While she is definitely better on top of the track, where she can show the turn of foot she has, we didn’t have any worries on the Slow7 today as she has handled it in the past.

“We wanted a nice, soft day out at the races as she did look thrown in against that field, but it was nervous times watching with the riderless horse being a nuisance like that.”

Pitman is keen to see the filly take the next step in her development, with a visit north likely to contest the Group 3 Cambridge Breeders’ Stakes (1200m) at Te Rapa on May 1.

“She went a super race in the 1000 Guineas but pulled up with a little issue after the race, which has meant we have had to take our time with her,” Pitman said.

“The three-year-old fillies races at home here at Riccarton this month will come up a bit quick for her so we’re looking at taking her up to Te Rapa for the Breeders’ Stakes.

“It was disappointing to see her miss out on tackling races like the Levin Classic (Group 1, 1600m) or the New Zealand Oaks (Group 1, 2400m), but the good thing is that there are still plenty of options here and in Australia for her.

“If she did manage to do something special at Te Rapa then we would look at Brisbane or possibly even Adelaide as we think she will definitely be effective over more distance with the right grounding.”

Purchased by Michael Pitman for $40,000 from the Berkley Stud draft during the 2019 National Yearling Sale at Karaka, Miss Tycoon Rose is out of the More Than Ready mare Splat and comes from an extended family that includes Group 1 AJC Oaks (2400m) winner and Group 1 New Zealand Oaks (2400m) runner-up Savana City.