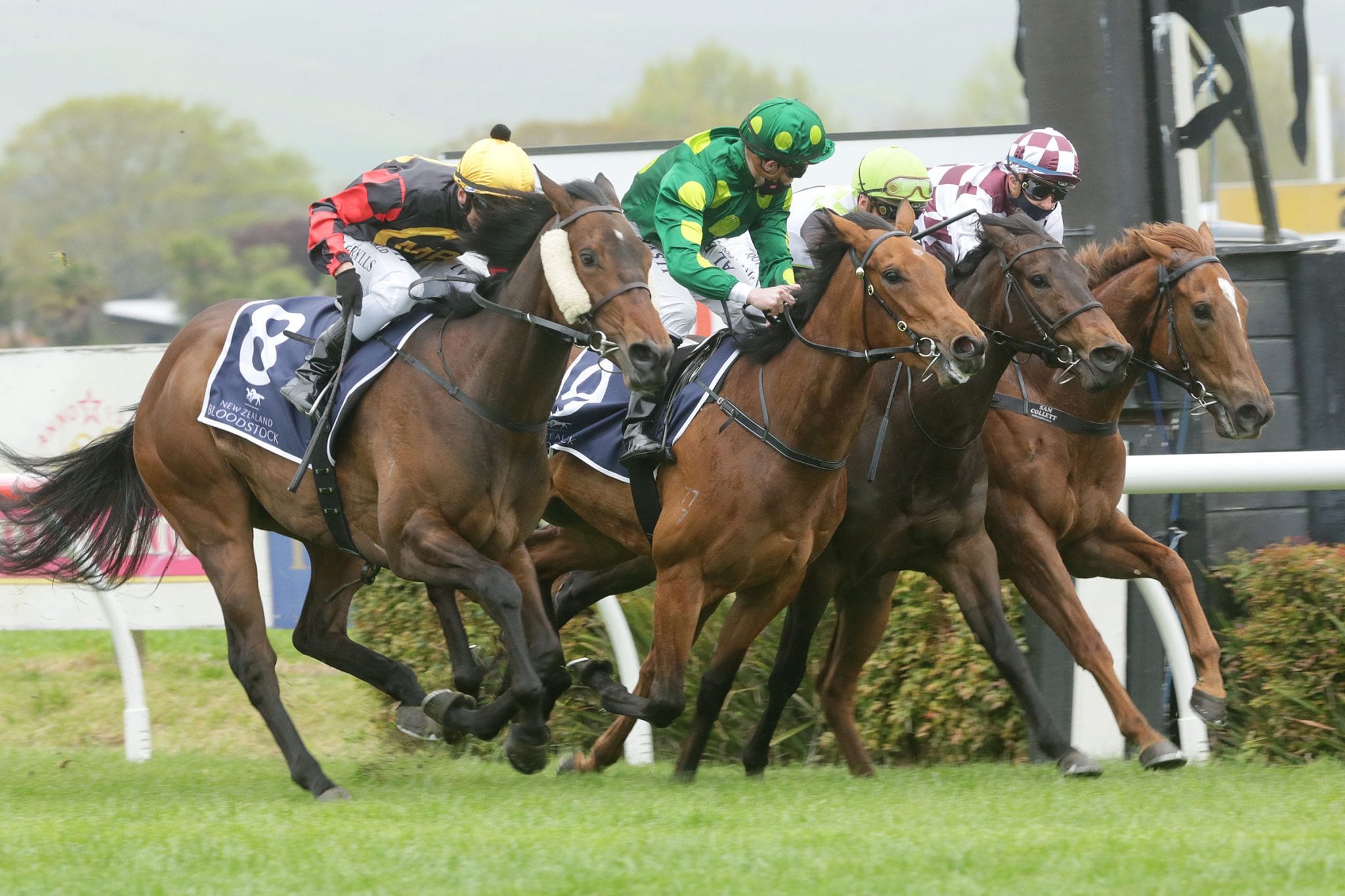 Successful just two races earlier with raceday debutant Shezzacatch in the Listed El Roca-Sir Colin Meads Trophy (1200m), the pair were at again with the Jamie Richards-trained three-year-old who doubled their pleasure with a stylish performance.

The Per Incanto filly had provided a glimpse of her ability with an authoritative victory fresh-up at Taupo last month after finishing fifth behind stablemate Need I Say More in her only start as a two-year-old. The well fancied third favourite provided Grylls with an armchair ride after settling beautifully in midfield from an outside barrier as race favourite Babylon Berlin and Sweet Anna set up a muddling speed in front.

Grylls asked Miss Aotearoa to improve approaching the home bend and she joined issue with the two pacemakers at the 200m before easing clear to win by half a length from Sweet Anna, Babylon Berlin and the late closing Tokorangi, who ran out of room in the final 50m when finishing powerfully along the rail.

“She feels very good underneath you although we had to do it the hard way from an outside draw,” Grylls said. “We covered ground all the way but to her credit, she travelled brilliantly and she was very tough. “They were coming at her late and she was a little bit wayward but she got the job done. “Going by her breeding she looks like she will get over ground and has a bright future ahead of her.”

Richards was equally as impressed with the victory by the filly who is being aimed at the Group 1 Barneswood Farm New Zealand 1000 Guineas (1600m) at Riccarton in November, although he isn’t in any rush with her. “She has a great pedigree page and it is all in front of her,” he said. “We’ll take her home and assess her but we don’t have to rush into racing her again in a fortnight as she is a filly with a future.

“We might take a look at the Soliloquy Stakes (Group 3, 1400m) and then down to Riccarton, all going well. “I would like to thank Tony Rider who has been a good supporter and he now has another lovely, stakes-winning filly for his broodmare band.”