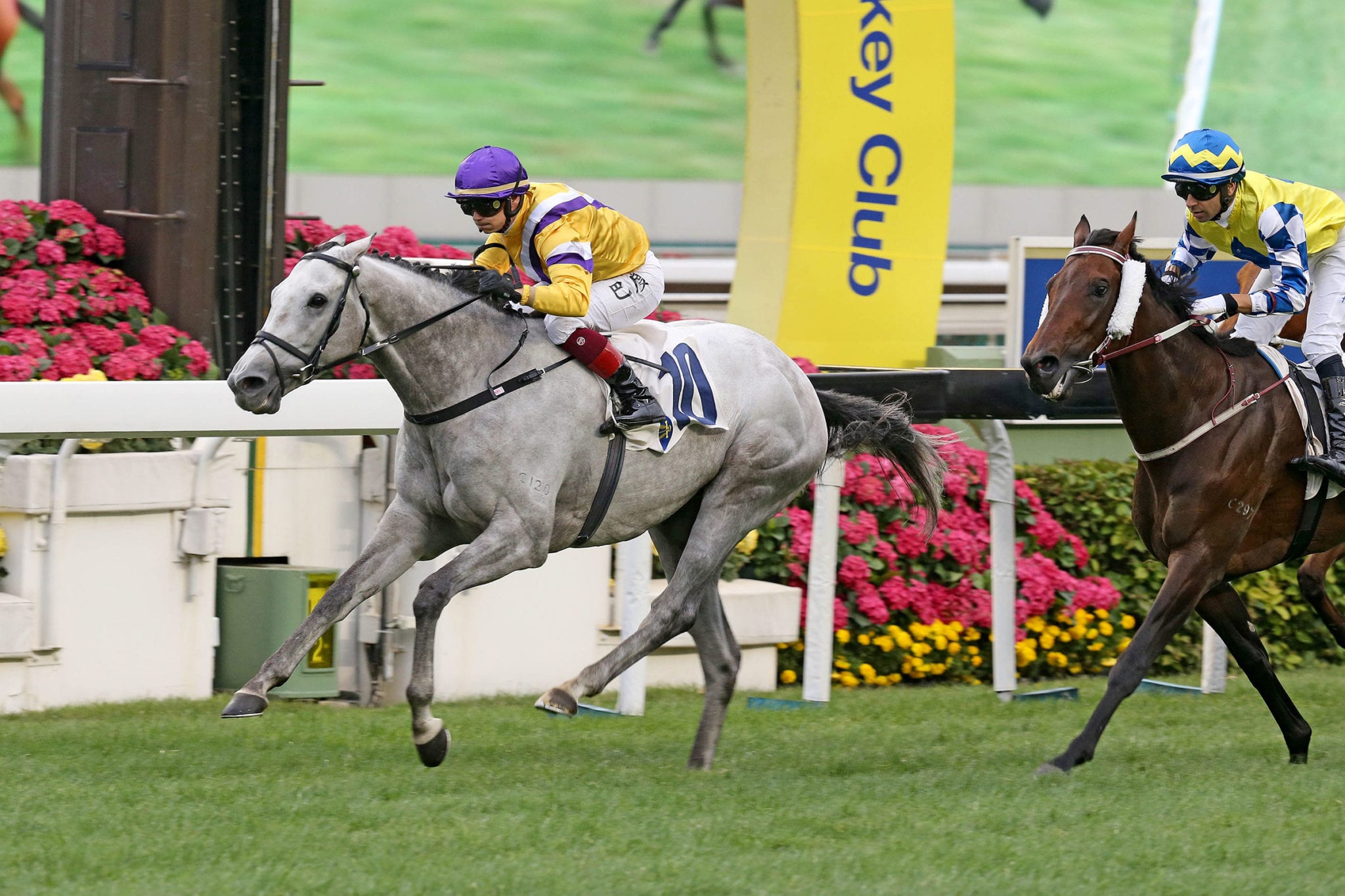 Tony Millard will pitch Glorious Dragon and Northern Superstar against the mighty Exultant in Sunday’s (16 February) Group 1 Citi Hong Kong Gold Cup (2000m) at Sha Tin, but the handler is under no illusions as to what they’re up against.

The Tony Cruz-trained bay is the dominant force in Hong Kong at distances from 1800m to 2400m, and won last year’s Hong Kong Gold Cup on his way to claiming the Champion Middle-Distance and Champion Stayer titles.

Last time out, Exultant repeated in the Group 3 Centenary Vase Handicap (1800m), in which Glorious Dragon ran on from back in the field for a career-best second. Millard would not be too disappointed to see that result replicated.

“If we don’t win, second place is also nice so hopefully my horse will run well,” he said.

Glorious Dragon’s career trajectory suggests he could be maturing into a bona fide high-class racer. Purchased out of Ed Walker’s yard as a three-year-old in England, with a Redcar maiden win and a couple of solid Listed race efforts behind subsequent Group 1 gallopers all under his belt, the five-year-old has hit his stride this term.

He began the campaign rated 78 but without a win in five runs since import. He broke his duck third-up this season, over 1800m, and followed-up over 2000m at Sha Tin; then came that second to Exultant, when in receipt of 20lb, no less, and running from a massive 18lb out of the handicap.

When the two Teofilo geldings meet again on Sunday, Glorious Dragon will be rated 96 to Exultant’s 129.

“He can only run the way he does and horses don’t run to their rating, they run to their form,” Millard said.

“He’s well,” Millard said. “He galloped last week and then again on Monday – he went very nicely and I’m happy with him. He’s coming to the race okay and we just need a little bit of luck.”

Millard’s other contender, Northern Superstar, is on the comeback trail. The six-year-old finished seventh in last year’s Citi Hong Kong Gold Cup but a few weeks later was side-lined with an off-fore tendon injury.

The gelding, a two-time Group 1 winner in South Africa, has raced twice this term: after running 14 lengths last behind Golden Sixty in a 1400m Group 3 on 1 January, he posted an improved effort to be four and a half lengths 11th in a Class 1 handicap, again at a shorter-than-ideal seven furlongs.

Millard is satisfied with the bay’s progress as he seeks to regain sharpness and race fitness.

“I think Northern Superstar will run very well too. He’s been off for a long time but he’s coming back,” the handler said.

Sunday’s card also features the Group 1 Queen’s Silver Jubilee Cup (1400m), which will see Beauty Generation and Beat The Clock lock horns in the contest for a third time.