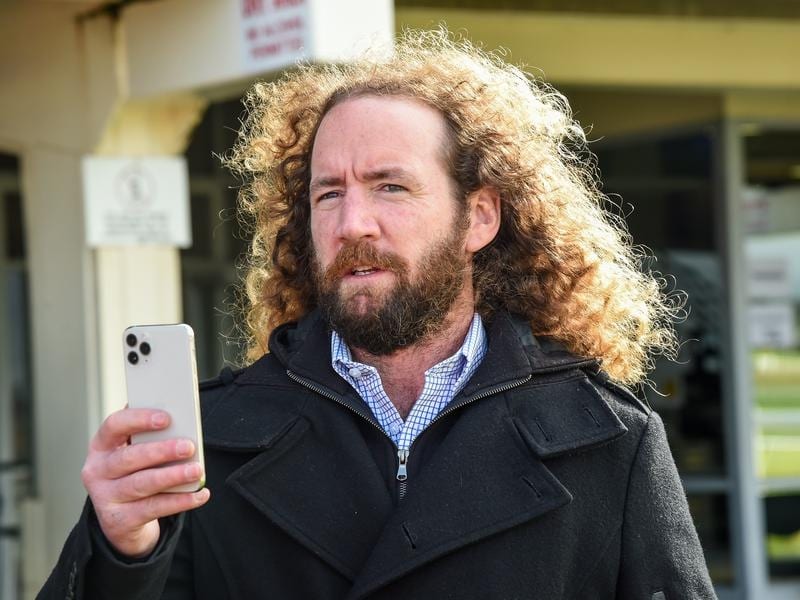 It may be the middle of winter and the best horses are only just returning to work, but for South Pacific a race at Caulfield will have spring significance.

South Pacific makes his Australian debut in the Neds Money Back Odds Handicap that has connections hoping will lead to the horse being a Cups contender.

That was the last time South Pacific was in public and Eustace said the horse was a “thorough stayer”.

“He hasn’t raced for a long time but his work has been solid and he seems to have good lung capacity,” Eustace said.

South Pacific arrived in Australia with recent Sandown winner Bartholomeu Dias and has done the majority of his work at the beach and stable’s Caulfield base.

Eustace said South Pacific was purchased by Darren Dance’s Australian Thoroughbred Bloodstock as a Cups contender with the first target for the horse being The Bart Cummings at Flemington in October which provides the winner a ballot exemption into the Melbourne Cup.

“That race gives the right sort of spacing into the Cup plus it guarantee’s you a start as well,” Eustace said.

“The 2500 metres on a flat galloping like Flemington is what you would think he is crying out for.

“He’ll have three, maybe four runs leading into that race. He won’t be over-raced but the runs will be spaced quite nicely.

“We’re kicking him off nice and early so we can adapt the program along the way if we need to.”

South Pacific, to be ridden by Damien Oliver, was a $15 chance in betting on Friday in a market dominated by Harbour Views, quoted the $2 favourite.

French-bred Harbour Views, imported into Australia before he had raced, is looking to increase his rating ahead of break before a spring campaign aimed at the Cox Plate.