Microphone Wins On Debut At Flemington 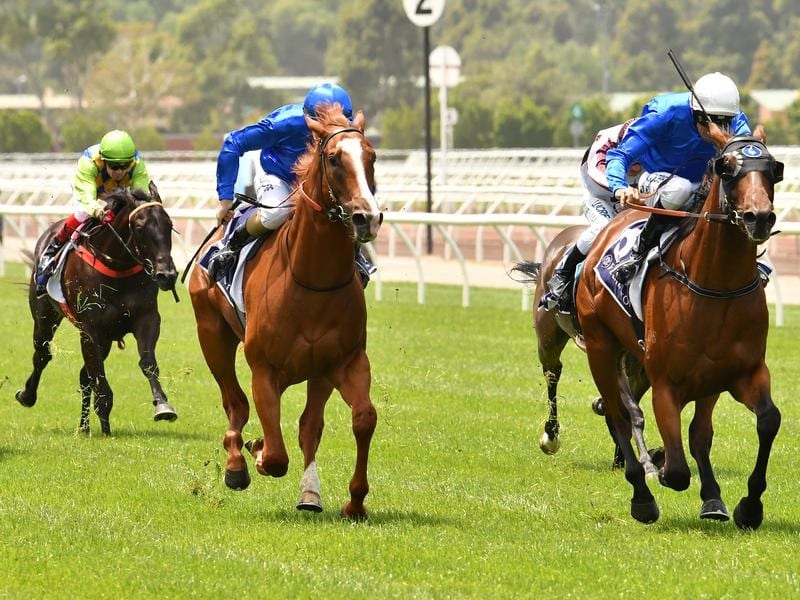 Godolphin colt Microphone has backed up some impressive recent jump-outs to score a narrow win on debut at Flemington.

Microphone had boldly won two jump-outs at Flemington in the past few weeks and was sent out the $2.45 favourite for Saturday’s The Arbour Plate (1000m).

With the field splitting into two divisions down the straight course, Microphone led a group of four horses who came down the centre of the track and as they hit the winning post there was only a nose between him out wide and Pretty Brazen ($4.80) on the inside rail.

Microphone’s James Cummings-trained stablemate Auxin ($5.50) was another three-quarters of a length away third.

Jockey Dwayne Dunn believes there was plenty of merit to the win given Microphone was out in front down the centre of the track most of the way.

“He had trialled really well down the straight out wide so I was happy to go there,” Dunn said.

“He got a bit lost out there late but he’s a really nice horse.

“We stamped him early as a really nice horse and he stood up today which is great.”

Melbourne-based Dunn was unsure of which path Microphone would now take but said it would be nice if Cummings and the Godolphin team kept the colt in Melbourne a bit longer with the Blue Diamond series on the horizon.

But Microphone is not among Godolphin’s nominations for next month’s Group One Blue Diamond (1200m) so he would have to be a late entry to go that way.

“I was trying to get James to head in that direction but I don’t think he’s nominated,” Dunn said.

“He’s nominated for the Golden Slipper. I was concerned that they might get this done, get some prize money, and then head him Slipper way.

“I’m not sure. They’ll make that decision.”