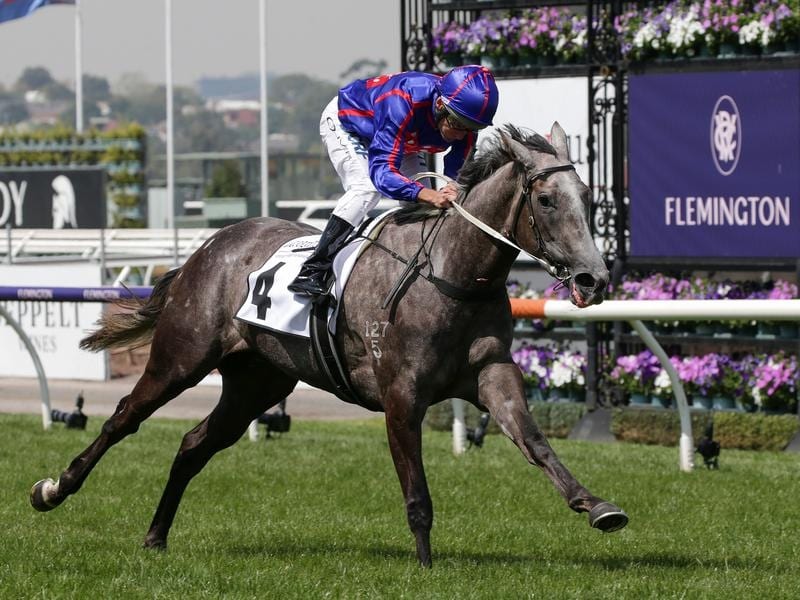 Trainer Mick Price plans to keep Anjana to sprinting after the talented filly let down strongly to win first-up at Flemington in her first start for her new stable.

Formerly trained by the now-disqualified Darren Weir, Anjana was stretched out to 1600m last spring and finished fourth in the Group One Thousand Guineas and fifth in the Fillies Classic over that distance at the end of her preparation.

But Price has no ambitions to stretch the filly out to a mile and was impressed by the three-year-old’s performance to come from the back of the field and win Saturday’s Listed Incognitus Stakes over the straight 1100m against her own age.

Price indicated Anjana could emerge as a contender for the Group One Robert Sangster Stakes (1200m) for fillies and mares in Adelaide later in the season.

“I remember her first three runs of her career and she was a real sprinting filly.

“She ran well in a Thousand Guineas but I don’t get the feel that she should go up to the 1600 metres.

“I think I’ll just keep her fresh and keep her happy, and you saw what she did today.

“She might even be a nice filly for Adelaide.”

Anjana took her record to four wins from nine career starts and brought up a race-to-race winning double for jockey Damien Oliver after he also rode Hang Man to victory over 2000m in the previous race.