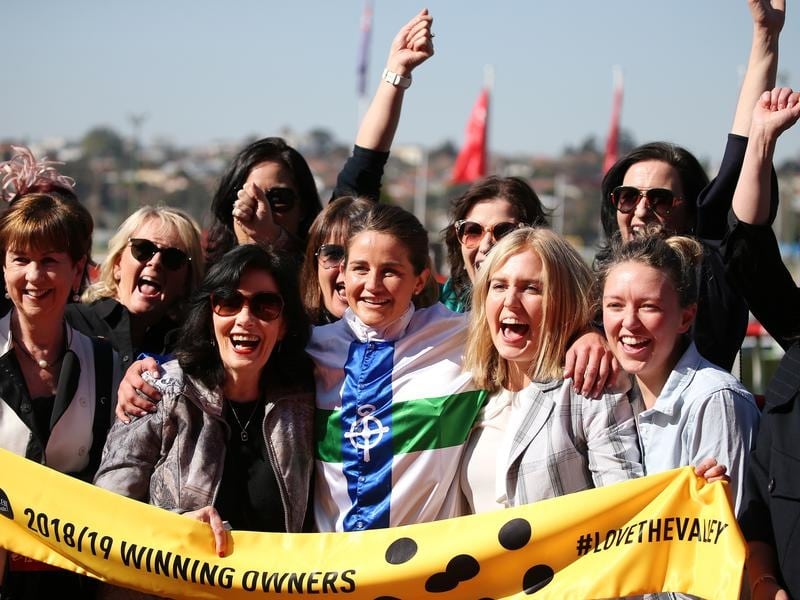 Nothing can match a Melbourne Cup victory but Michelle Payne says training her first metropolitan winner rates as a close second.

Payne, who won the 2015 Melbourne Cup on Prince Of Penzance, also rode Sweet Rockette to victory in the MSG Signs Plate at Moonee Valley on Saturday.

“This is right up there with anything I’ve achieved,” Payne said.

“The Melbourne Cup is the pinnacle but this is right behind it.

“It’s right up there as we work really hard at home. I’ve got an amazing team at home and all the girls do what I ask.

“I can be a bit pedantic at times with horses but if you’re not doing it 100 per cent, then why are you doing it.”

Payne fell in love with Sweet Rockette at the Gold Coast sales but expected the filly to attract too much interest.

After being passed-in she was able to secure the yearling privately and syndicated her among a group of women including sister Maree and well-known actor Rachel Griffiths.

Griffiths directed the film Ride Like A Girl, a story about Payne that is due for release next year.

Payne is reluctant to push Sweet Rockette too far this spring and has ruled out a tilt at the Group One Thousand Guineas.

Instead she will turn her attention to the Magic Millions meeting at the Gold Coast in January.

“She’s really fragile with her legs but I think she’ll be a great sprinting filly.

“I think if we look after her we’ll have a horse for years down the track.”

Payne was denied a training double after a last-stride defeat of Templar in a maiden race at Saturday’s country meeting at Donald.