Michael Rodd Back In Town With Stakes Win 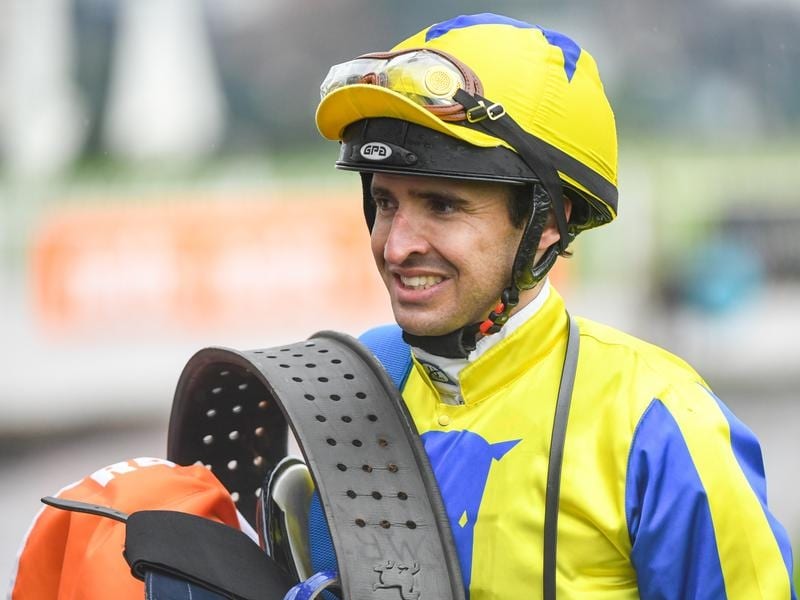 A decision to target a Group Three event instead of a maiden with three-year-old Bella Nipotina has paid off handsomely for the Tom Dabernig and Ben Hayes stable with a victory in the Quezette Stakes at Caulfield.

The filly’s success was also significant for her jockey Michael Rodd as it was his first Group winner since he recently relocated back to Melbourne after riding in Singapore for five years.

Bella Nipotina had seven starts for three seconds heading into Saturday’s race but had banked $550,000 before her win.

“She has been a very unlucky horse in her races to date, she has been knocked off by some really nice horses,” Hayes said.

Hayes said Bella Nipotina persuaded them to take on Saturday’s 1100 metre race after her performance in a recent trial as it looked like she had improved.

“That’s a huge result. She is a filly that does feel her runs but if she pulls up well, there are options like the Atlantic Jewel and the Cap D’Antibes now which are races we’ll look at,” Hayes said.

Rodd said it was nice to get a stakes win with the spring around the corner and he was impressed by Bella Nipotina’s turn of foot.

Bella Nipotina ($21) defeated River Night ($10) by two lengths with Aquagirl ($51) three-quarters of a length away third.

The favourite Parlophone tried to buckjump in the first 200m, eventually finishing sixth, and she will have to trial in front of stewards before she can race again.

It was better news for the Mick Price and Michael Kent Junior stable in the previous race as Parlophone’s stablemate Our Playboy completed a hat-trick with a first-up victory in the Group Three Vain Stakes (1100m).

Co-trainer Price said it was a good effort by Our Playboy and they would continue to pursue feature three-year-old sprint races in the weeks to come.

Our Playboy was ridden by Ben Melham and he said he wasn’t overly concerned when he was wide in the run.

“(My) main objective was to get him to relax. I wasn’t too worried about being wide,” Melham said.

“I was a bit concerned that he didn’t have cover but I didn’t bustle him and I just kept him in a rhythm.

“He’s got a really effective turn of foot as he displayed there. (He) put a good bunch of colts away today and he’s heading in the right direction.”