Michael Freedman To Return To Sydney 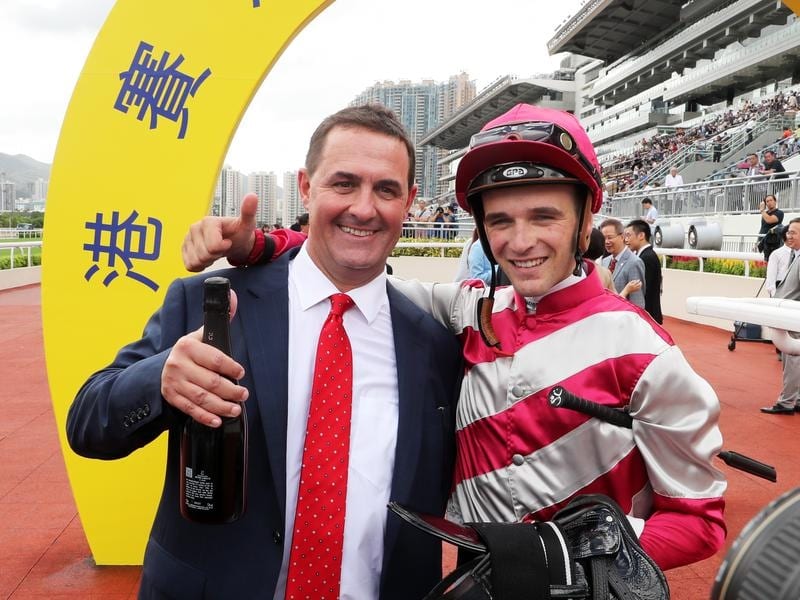 Trainer Michael Freedman has decided to hand in his Hong Kong licence and return to Australia, citing family reasons.

Freedman, who began the Hong Kong phase of his career at the beginning of last season, said he would be returning to Sydney and has applied to train in partnership with his ex-foreman Ed O’Rourke who took over many of his horses at at Randwick.

Racing NSW has confirmed the licensing committee has received an application for the partnership.

The 50-year-old Freedman issued a statement on Monday to announce he and his wife Anna would be returning home after he has his last Hong Kong runner on November 10.

“Anna and I have decided to return to Australia to be closer to our children,” Freedman said.

“While we have enjoyed the challenges of training in Hong Kong, we feel it is in the best interests of our family to return home. I am grateful to the Hong Kong Jockey Club for the opportunity.

“I am really looking forward to settling back in Sydney where racing is in a fantastic period of growth and progression.”

The youngest of four brothers who are all trainers, Michael Freedman spent eight successful years in Singapore before returning to Australia in early 2016.

During his time in Singapore, Freedman trained many Group One winners including dual Horse of the Year Super Easy.

His eldest brother Lee Freedman is now training in Singapore while Anthony is in Victoria and Richard at Rosehill in Sydney.

Collectively they used to be known as the FBI in the era when three-time Melbourne Cup winner Makybe Diva was the stable star before the brothers went their separate ways.