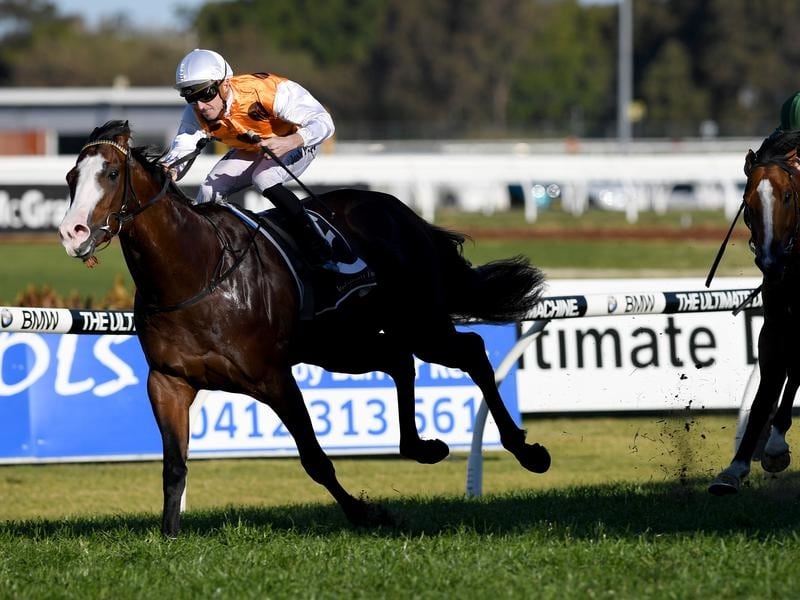 Outstanding sprinter Menari will stand at Newgate Farm after his career was cut short by a suspensory injury.

Gerald Ryan was preparing Menari for the $13 million Everest when the injury surfaced earlier this month and the horse was retired by his owner/breeder George Altomonte.

Newgate’s general manager Bruce Slade said the stud was delighted by the late addition to the 2018 stallion roster.

“We are committed to standing the very best and fastest sons of champion sires and Menari, an incredibly brilliant son of Snitzel, certainly fits this mould,” Slade said.

“He is the horse that we have consistently rated as the most talented colt of his year and the most desirable stallion prospect of his generation.”

Menari won three of his eight starts including the 2017 Group Two Run To The Rose.

Newgate said Menari would be well supported by Newgate and its partners SF Bloodstock, China Horse Club, and Kingstar Farm in addition to George Altomonte who will retain a significant portion of the horse.

“Menari is a machine. He’s got the blood, looks and blinding speed. He’s what Australian breeding is based upon,” China Horse Club’s Michael Wallace said.

Slade said the partnership had committed 60 mares to Menari who will stand for $27,500.