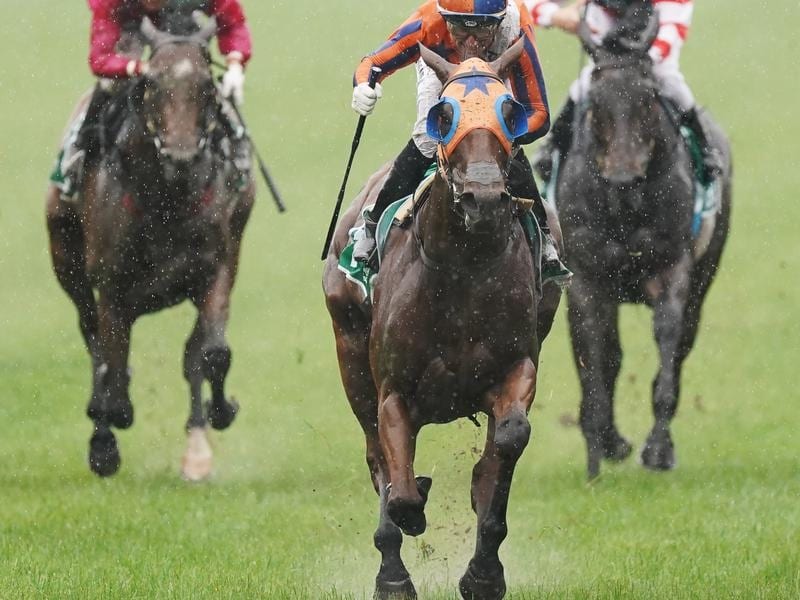 A breathtaking performance by Melody Belle on Derby Day at Flemington has given the star New Zealand mare’s connections confidence to chase another Group One win in the Mackinnon Stakes.

It was her first Australian Group One win to go with the record nine she has won at home.

“She came from off the speed and quickened well.”

Connections also had the $300,000 Group Two Matriarch Stakes for mares as an option for Melody Belle on Saturday at Flemington but have opted to run her in the $2 million weight-for-age Mackinnon (2000m) for which she is the early $4 favourite but has a wide draw.

“There’s a big difference in the prize money,” Richards said.

“It’s very hard to fault her form and we think she deserves an opportunity to have a go at the best of them.

“We are going to need a little bit of luck with the way the barriers have come out, but hopefully there is good tempo in the race and we can get back a little bit, where hopefully she can finish off as strongly as she did last Saturday.”

The Mackinnon, one of two Group One races on the final day of the Melbourne Cup carnival, will have an international flavour.

Along with NZ’s reigning Horse of the Year Melody Belle, Irish mare Magic Wand is an acceptor after finishing 10th in Tuesday’s Melbourne Cup.

The Aidan O’Brien-trained Magic Wand, a six-time Group One runner-up around the world, was fourth in the Cox Plate two starts ago.

Magic Wand was on the second line of betting on Wednesday at $6.50 while the international representation in the Mackinnon also includes Japanese visitors Kluger and Suzuka Devious.