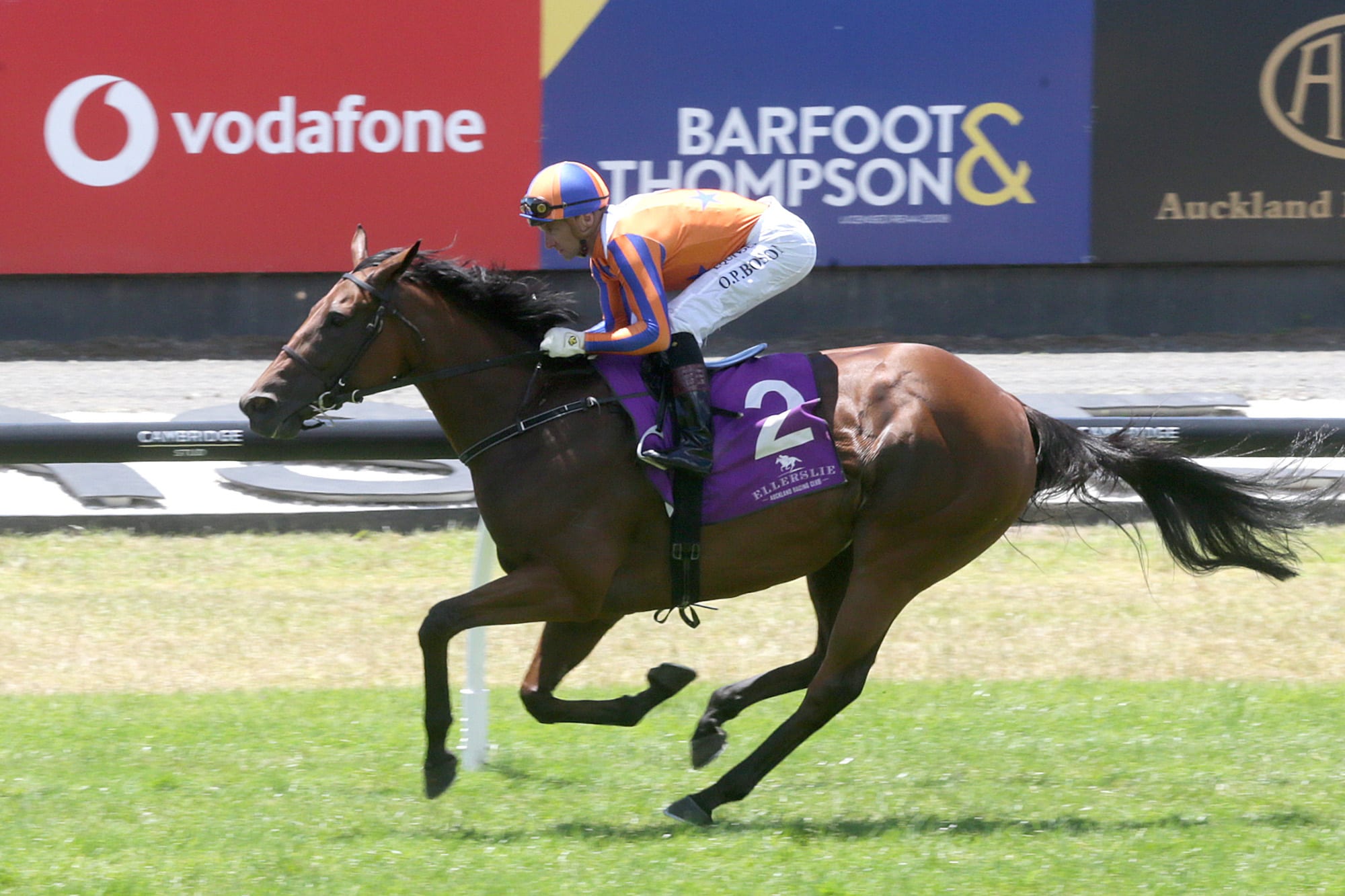 Trainer Jamie Richards had plenty of firepower in racing action on the track at Ellerslie on New Year’s Day, but also took the time to stretch the legs of some of his team members being set for upcoming major assignments.

Dual Horse of the Year Melody Belle, exciting three-year-old Need I Say More and Group 1 Vodafone New Zealand Derby (2400m) prospect Supreme Khan each had a day out in preparation for their respective goals over the next few weeks.

Not seen since her win in the Group 1 Livamol Classic (2040m) in October, Melody Belle worked home nicely over 1000m which she covered in 59 seconds, coming her last 600m in 34 seconds. “She was on the bridle, quickened, and seemed very happy to be out there,” rider Opie Bosson said. “She was flying back to the birdcage too.”

The winner of seventeen of her 35 starts and $4 million in prize money, Melody Belle will head to Trentham on January 30 to contest the Group 1 Harcourts Thorndon Mile (1600m) where she will attempt to equal the record of mighty mare Sunline with 13 Group 1 wins. “She’s scheduled to trial on January 12 at Matamata, ahead of the Thorndon Mile,” Richards said.

Need I Say More and Supreme Khan also hit out well, covering 1000m in 1:01, with both stretching out nicely to finish on terms. The winner of four of his six starts, including three at stakes level, Need I Say More is likely to trial at Matamata before heading to the Group 3 Almanzor Trophy (1200m) on Karaka Million night at Ellerslie.

“He’s a very fit horse, but still a bit light through the middle and next season will be his go,” Richards said. “He’ll have two or three runs and that could include the weight-for-age at Te Rapa (Group 1, 1400m) on February 13.

“Supreme Khan has improved since his spring campaign in the South Island, developing into a nice horse, and he’ll go to the 3YO 1400 metres next Saturday at Awapuni. “Depending how he goes, we could look to the Karaka Million 3YO Classic (1600m) at Ellerslie with him.”

Richards is currently making it a one-horse race in the National Trainers’ premiership, sitting at 85 wins for the season after Burgundy Rose was successful over 1200m at Tauranga on Saturday.

He currently has a 50-win lead over his nearest rival Stephen Marsh, who in turn is five wins clear of the third-placed Murray Baker and Andrew Forsman stable.