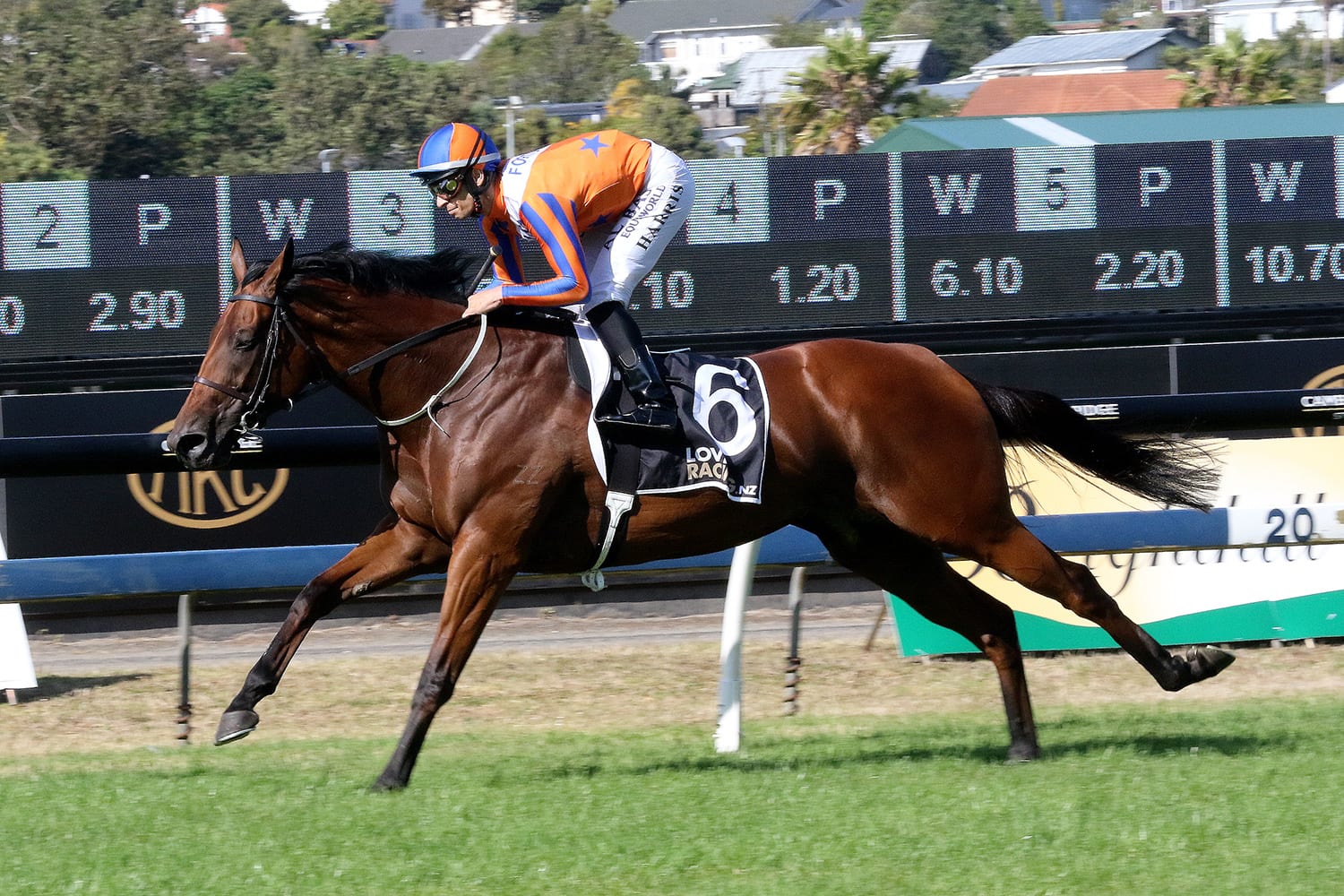 New Zealand’s champion trainer Jamie Richards is hoping high-class mare Melody Belle can mirror the pattern of her previous campaigns. The six-year-old mare has improved significantly from her fresh-up performances in her last two campaigns and the Matamata horseman is banking on that again being the case when Melody Belle contests Saturday’s Group 1 Winx Stakes (1400m).

The 10-time Group 1 winner trailed a small field of six home in the Group 2 Missile Stakes (1200m) at Rosehill on August 8 when resuming and subsequently drifted to $11 in the early markets for Saturday’s feature, the first Group 1 of the season, before punters took that leap of faith as the mare firmed to $8.

“We have just got to put a line through that run, turn the page and get on with it,” Richards said. “There were a couple of things against her, she was first up on an unsuitable wet track and got back in a small field and struggled to make ground. “Her sectionals say she still ran okay and we have been happy with her at home. “Kerrin (McEvoy, jockey) rang after the race and said he should probably of been fourth rather than back last in hindsight. He said don’t worry, she ran okay and will improve. She had a good blow.”

Richards had hoped the mare would circumvent her usual flat first-up effort by giving her a searching trial leading into the Missile Stakes. “I had done everything I could to have her forward and ready enough for Rosehill but she was still in need of the run,” he said. “I’m pleased with where she is at for the coming week, I think she will be close to the mark and it looks like there is a good spot of weather coming to Sydney and I think that will aid our chances.”

Melody Belle worked over 1000m on Tuesday morning and was given the tick of approval ahead of Saturday. “Everyone was happy with her and the weather looks to be improving with no more rain forecast,” Richards said. “If we could draw a barrier on a better track and see her up in a handy position, that would be ideal.”

Group 1 winning mare Probabeel will return to action at Randwick on Saturday in the Group 3 Show County Quality (1200m) and has had two trials ahead of her return but is expected to improve from the outing. “She doesn’t overexert herself in her trials,” Richards said.

“She will be vulnerable first-up and will probably find it short of her best, there is no doubt about that. I think she is in a good enough spot to be competitive. “You only have to look at her trial at Avondale before she went to Australia last spring to know that she needs a bit of motivating.”

The daughter of Savabeel, who races in the colours of Cambridge Stud proprietors Brendan and Jo Lindsay, will again clash with Funstar, a foe she has met on five occasions and who has beaten her home in three of those five starts. “They have a good rivalry and I’m sure Funstar will be in good form,” Richards said. The Group 3 Bill Ritchie Handicap (1400m) shapes as a likely second-up target for Probabeel, with the winner exempt from ballot and penalty for the Group 1 Epsom Handicap (1600m) on October 3.

Melody Belle and Probabeel, who have been staying at John Thompson’s Randwick stable, have been joined by a further four stablemates, who flew across the Tasman on Monday. “Vernazza, Pazienza, Get Hitched and Leaderboard have all gone to Sydney where they were met by Ashley Handley (foreman) and John Thompson who has been a big help,” Richards said. “Craig Thornton has gone to Sydney and will quarantine for two weeks.”

A Group 2 winner for Cambridge Stud’s private trainer Lance Noble, Vernazza is a strong addition to Richards’ team and looked up to the mark in a recent exhibition gallop. “I would say she is a pretty exciting filly that has it all in front of her,” Richards said. “Her record suggests she is well above average. “She will probably follow a similar path to Probabeel last year and run in the Furious (Group 2, 1200m), the Tea Rose (Group 2, 1400m) and then the Flight Stakes (Group 1, 1600m). We will see how it all fits together.”