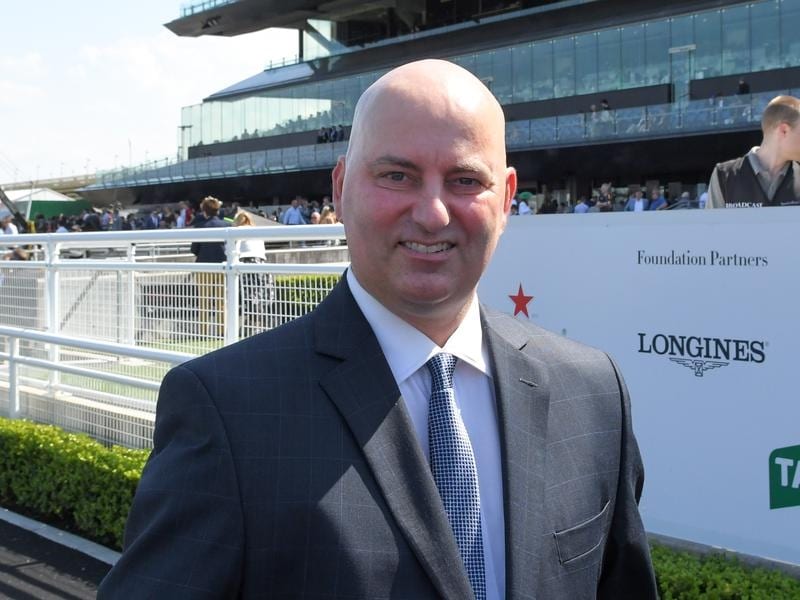 With an eye on next year’s autumn carnival, trainer John Thompson has brought promising three-year-old Battenburg from Sydney to Melbourne for a feature race and trip away to help season the colt.

Battenburg is the early $2.60 favourite for Saturday’s Group Two Vase at The Valley on the undercard to the $5 million Group One Cox Plate, and Sydney trainer Thompson says the 2040m-race for three-year-olds will be the colt’s final start of his spring campaign.

Battenburg is still a maiden from four starts but highlighted his potential when he stepped up to 2000m and Group One level for the first time in the Spring Champion Stakes at Randwick on October 12, finishing third to Shadow Hero and Castelvecchio.

Shadow Hero is favourite for the $2 million Victoria Derby on Saturday week at Flemington while Castelvecchio is on the third line of betting for Saturday’s weight-for-age Cox Plate.

“He’s probably a horse for the autumn but we thought we would bring him down here and run him, just to season him and get him ready for the autumn.

“He will go out after this run.

“He’s a quality horse and from day one he’s shown that he’s got nice ability.

“But he will be better in time.”

The Group One Australian Derby (2400m) at Randwick during next year’s Sydney autumn carnival is a long-range target.

Battenburg was taken to The Valley for a gallop on Tuesday morning.

Thompson said the colt had a good look around as he familiarised himself with the course and was not asked to do too much as he had arrived a fit horse.

Battenburg is one of two leading chances for Thompson on Saturday’s program with seven-year-old gelding Dreamforce the $4 favourite for the Group Two Crystal Mile (1600m).