John Thompson To Survey His Kingdom 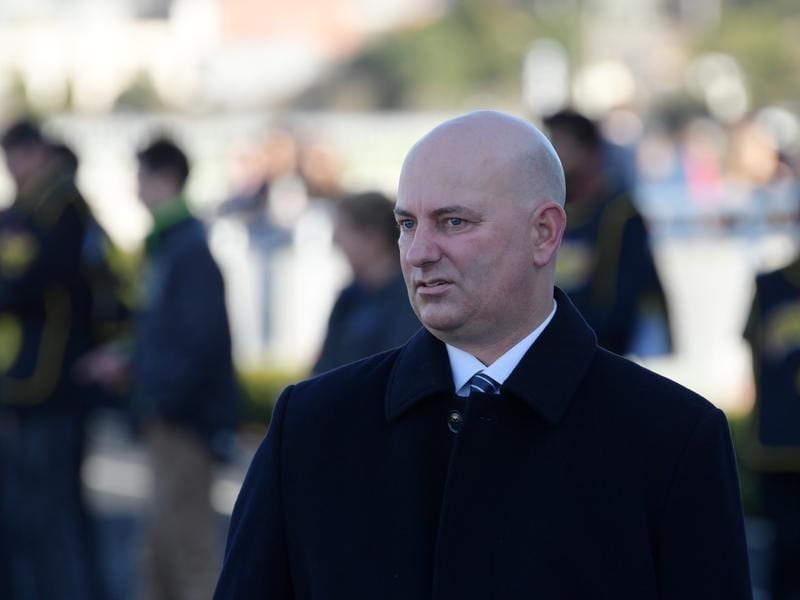 John Thompson will usher in the new season with two winning chances at Randwick and an opportunity to bolster his spring carnival stocks.

Doncaster Mile runner-up Dreamforce will be the primary flag-bearer for the trainer in the coming months and is just weeks away from a return.

He was given a quiet barrier trial at Randwick on Tuesday and will have another trial before resuming in either the Show County Quality (1200m) or Winx Stakes (1400m) on August 24.

“His aim is the Epsom and we’ll decide after that where we’ll go but that will be his fourth-up run in Sydney,” Thompson said.

“He’ll trial again Monday week at Randwick and he’ll do more the second time around. He’s in good order.”

Thompson will also have Rough Habit Plate winner Purple Sector and multiple stakes placegetter Into The Abyss on his carnival books while Thy Kingdom Come can stake his claims for a shot at better races with a strong performance at Randwick on Saturday.

The five-year-old was given a pass mark from his trainer after making an inconclusive return on a heavy track at Rosehill last month when he struggled to gain clear running in the straight.

He finished fifth to Handle The Truth and Hugh Bowman has stuck with him for the ATC Thank You Owners Handicap (1400m).

“The horse in front of him kept running out and Hughie said, in hindsight, he should have ducked inside of it but he kept trying to come outside it and it kept running out, so my horse didn’t get to hit top gear,” Thompson said.

“He’ll strip fitter from the run and he’s ready to go.

“We’ll take it one step at a time but you never know, he goes all right and while he’s no star he’s a horse that could end up in a Listed race or a Group Three.”

Before that, Primitivo was a Randwick winner over 2000 metres and Thompson is hoping a return to the horse’s home track will prove significant.

“James McDonald is back on. The horse seems in good order and I think he goes better here at Randwick,” Thompson said.

“He just got too far back the other day in a slow-run race.”

Both Primitivo and Thy Kingdom Come are well in the market at $5.50 and $6.50 for their respective races.