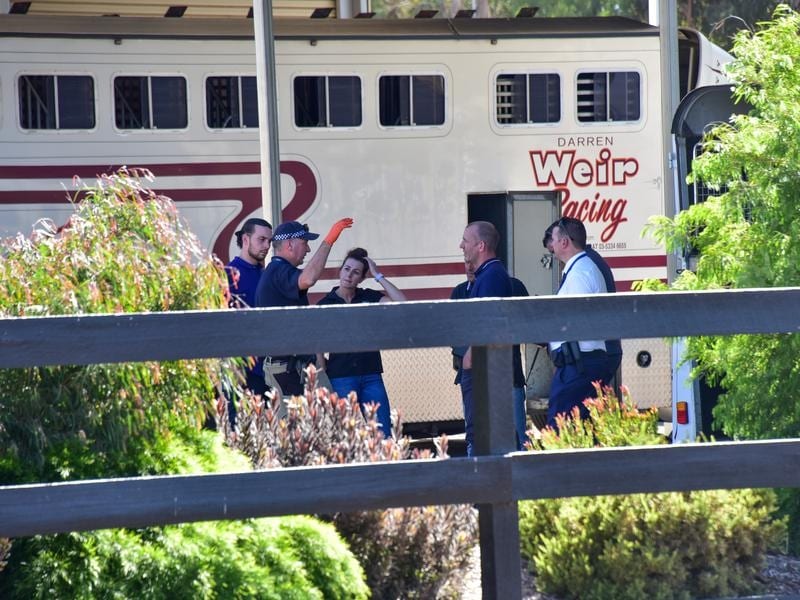 Racing authorities say it is too early to say whether Melbourne Cup-winning trainer Darren Weir, who is under police investigation, will be suspended from the sport.

Weir’s glittering career is at risk of losing its shine amid allegations of corruption and animal cruelty.

The 48-year-old was one of three people arrested and then released during raids on properties, including stables, at Ballarat and Warrnambool.

Police seized four taser-like devices, known as “jiggers” in the racing industry, an unregistered firearm and a suspected quantity of cocaine at properties on Wednesday.

“The rules we have in place are that there are mandatory rules around some of the issues that have been investigated, about corrupted racing and electrical devices,” Racing Victoria chief Giles Thompson told Nine network on Thursday.

“There are also rules that allow us to potentially stand down licensed people if we believe that that is in the interests of racing or is necessary for the protection of racing.

Weir and a 38-year-old Yangery man, believed to be one of the trainer’s foremen, Jarrod McLean, and a 26-year-old were questioned for hours on Wednesday.

Victoria Police Assistant Commissioner Neil Paterson said the investigation spanned back to August and involved allegations of corruption in sport.

“This is a complex investigation making an assessment of many aspects of evidence and I anticipate that assessment will take some time before we can make decisions in the context of charges,” he said on Wednesday.

Weir is Australia’s most successful trainer and coached the 2015 Melbourne Cup winner Prince of Penzance, ridden by Michelle Payne who became the first woman to win the coveted trophy.

Seven Weir-trained horses are due to start at Pakenham on Thursday, and nine on Friday.