Melbourne Cup To Be Run On A Heavy Track 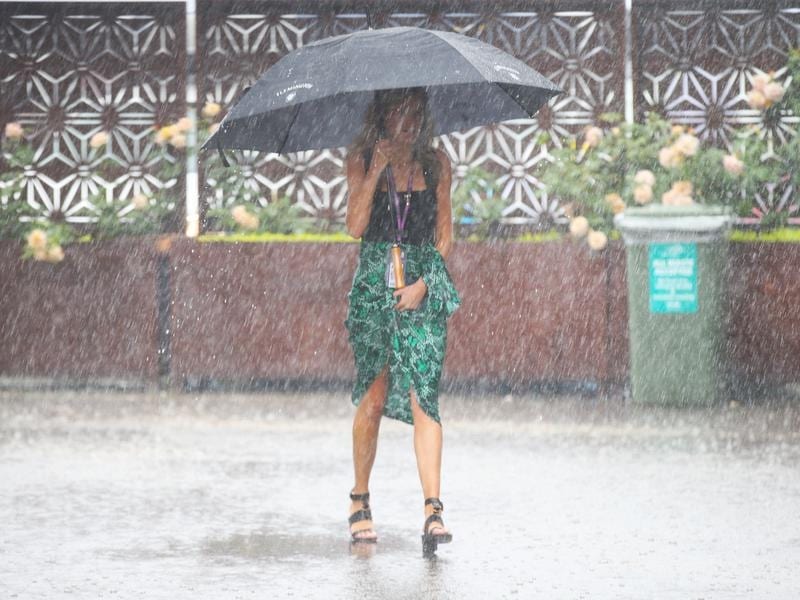 Rain has forced the second and third races at Flemington to be delayed with officials hoping it eases so they can catch up and run the Melbourne Cup as scheduled at 3pm.

The track was downgraded to heavy after the first race with jockeys concerned about visibility.

Chief steward Robert Cram says the rain is expected to ease by between 12.30pm and 1pm with the Cup scheduled for 3pm.

“We’re trying to avoid the most intense storms and it will also gives us time to reassess future times heading towards the Melbourne Cup,” Cram said.

“The Bureau of Meteorology say the front should pass and by delaying now it will give us an opportunity to access when the clearance happens.

“There’s no lightning on the radar.

“Clearly visibility is not great but we’re all working together and hopefully we can head towards the end of the program.

“It is still our intention to do our upmost to get the Cup run at 3pm.”

Long-time favourite Yucatan has eased and is now equal with noted wet tracker Magic Circle at $7.