Melbourne Cup on the cards for Grand Promenade 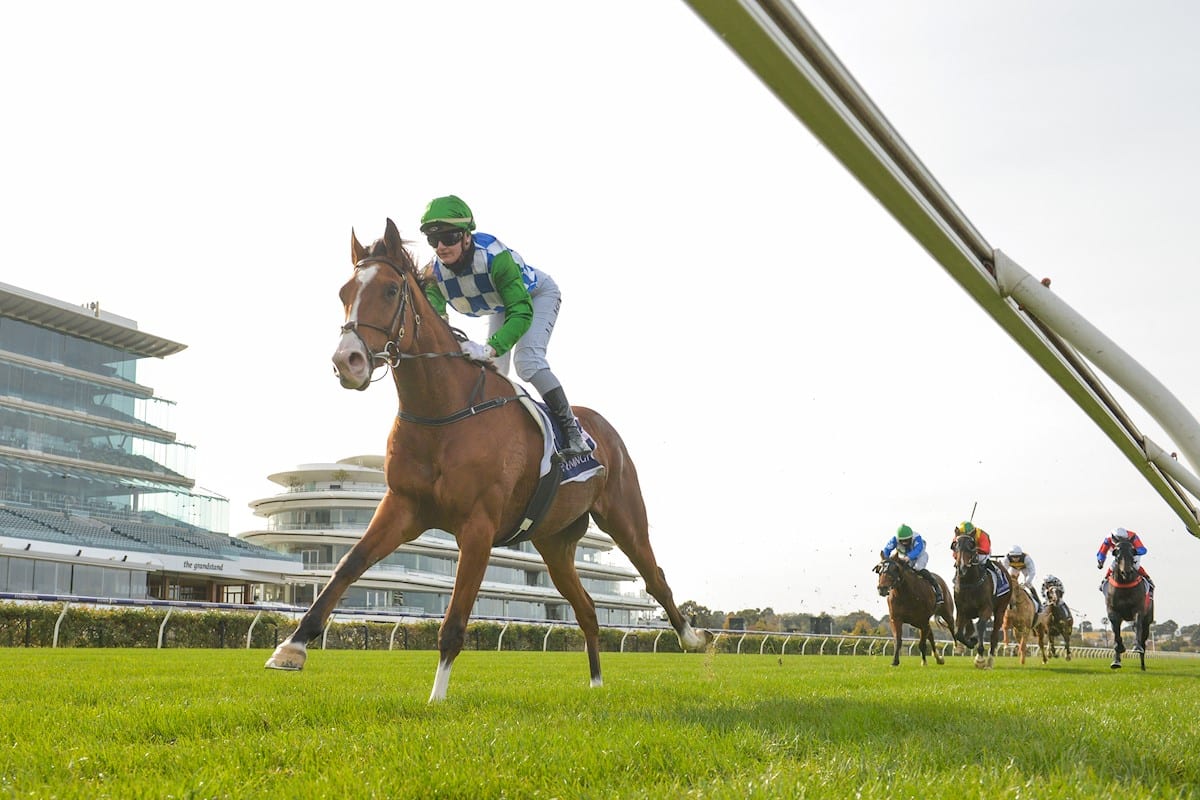 The Ciaron Maher & David Eustace-trained Grand Promenade has continued his strong form this campaign with an easy all-the-way win in the opening race at Flemington on Saturday, and connections may now have the 2021 Melbourne Cup in mind.

Having been the best of the beaten brigade behind Realm Of Flowers in the Andrew Ramsden Stakes, the son of Champs Elysees was back in the winner’s circle on the weekend when saluting as a $1.30 favourite in a 2500m quality handicap.

The win was his second in three starts, and the five-year-old gelding is yet to run outside of the top two in five runs this campaign.

Speaking after the race, Eustace said we can expect Grand Promenade to roll into the spring with continual racing through the winter months.

Despite the pull of a Brisbane Cup, Ipswich Cup or Caloundra Cup, the in-form galloper looks set to remain in Melbourne for his entire preparation.

Observers have compared the form of Grand Promenade this campaign to stablemate Persan’s winter prep en route to a fifth-place finish in the 2020 Melbourne Cup.

Prior to this campaign, Grand Promenade had proven to be a frustrating commodity for connections, but his form this time in has shown his true ability. It is expected that he will contest races like the Bart Cummings early in the spring with a view to a run in the race that stop a nation.

Grand Promenade is a $51 chance in the 2021 Melbourne Cup betting market after his win on Saturday, and as shown by Twilight Payment last year, a strong front-runner can get the job done on the first Tuesday of November.

Saturday’s win was the first time Jamie Kah had been aboard Grand Promenade, and her job was made easy after the horse found the lead in the back straight and went to the line relatively untouched.

The win handed Kah her 90th metropolitan victory this campaign, and she quickly added her 91st when she steered the Peter Moody-trained Snickerdoodledandy to victory in the second event on Flemington’s nine-race card.