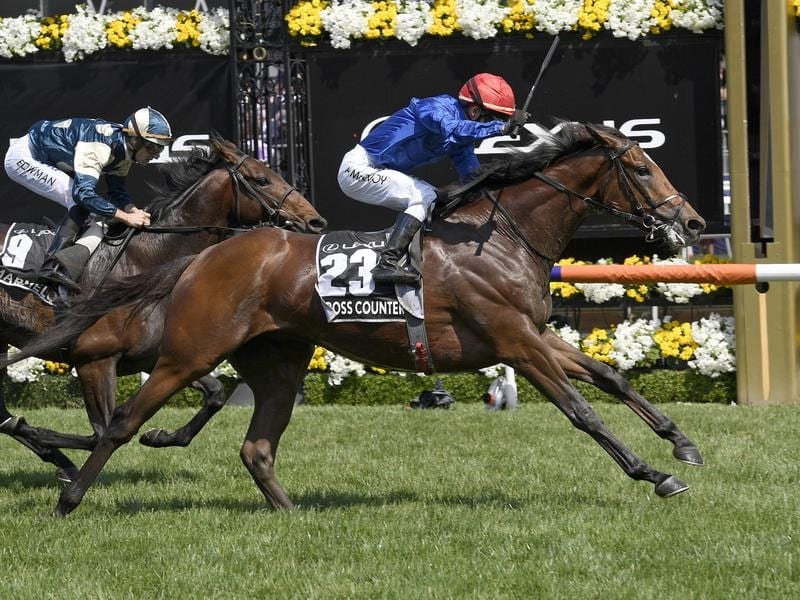 The four-year-old will be a hot favourite to make a winning return, on what will be his first competitive appearance since becoming the first British-trained horse to win the Flemington showpiece.

Appleby said: “This will be his first start of 2019 and we are looking forward to it. The horse has wintered well and his preparation has gone well.

“He is a proven stayer at the trip and if he brings his A-game to the table, he will be very hard to beat.

“We felt he came out of the Melbourne Cup really well. He only travelled back to Dubai and not to England, so he didn’t have such a long haul back.

“He has had all winter on the easy list, but we have freshened him up well and he has taken the travelling well.

“We have sat a bit on the fence as regards targets all winter, as we didn’t know how he was going to take all the travelling.

“All the signs have been good. This is very much a starting point and we will get a gauge of where we are for the rest of the year.”

One of Cross Counter’s biggest threats is his stablemate Ispolini, who is stepping up to two miles for the first time following successive wins at Meydan over a mile and three-quarters.

“He is the horse in the field that could be the progressive stayer. He has won two starts over a mile-six this year and stepped up in class and won the Nad Al Sheba Trophy impressively last time over the course,” Appleby added.

“He is stepping up to two miles and we hope that will see further improvement.

“He is a horse that has got a progressive profile and he will be a lively player.”

Charlie Fellowes is keen on the chances of Prince Of Arran, who was third to Cross Counter in Melbourne and shaped well on his comeback run three weeks ago.

“He loves Meydan. Two miles around there should be no problem. He’s in great nick.”