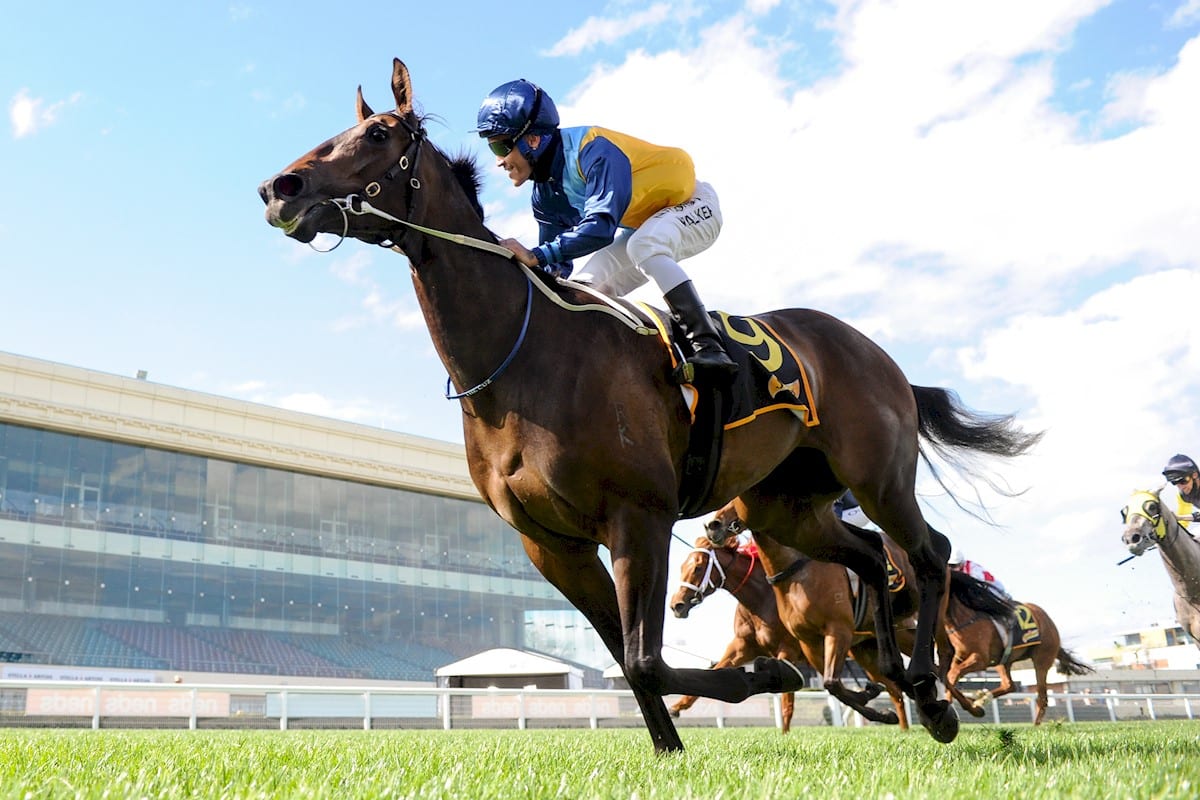 A change in the Sydney Autumn Carnival dates has brought about a change in races for Group 1 Melbourne-trained filly Odeum.

With Saturday’s Golden Slipper meeting a washout, which in turn has pushed the whole autumn carnival back a week, Odeum is now likely to run in the Group 3 Birthday Card Stakes (1200m) at Rosehill on Saturday.

The winner of the Group 1 Thousand Guineas at Caulfield (1600m) in the spring, Odeum is being set for the Group 1 Coolmore Legacy (1600m) at Randwick on April 17.

A delay of a week has opened the option of running on Saturday and provides an ideal lead-up to the Coolmore Legacy for the Mick Price and Michael Kent Jr-trained filly.

Odeum has had one run this preparation, finishing fourth to So Si Bon in the Listed March Stakes (1400m) at Flemington on March 6.

The filly was going to run in the Group 2 Emancipation Stakes (1500m) at Rosehill, scheduled for next Saturday, but because of the delay to the carnival, it has been pushed back a week.

“Her aim is the Coolmore Legacy, so we have to find a run in between which could be this weekend,” Kent Jr said.

“Blinkers will go on her and then she can be third-up into the Coolmore Legacy three weeks later.

“There has been a bit of jigging around because the program has changed.”

Kent Jr said the filly was in super order.

“She worked the reverse way at Caulfield on Saturday and we’re very happy with her,” he said.