Meagher And Prebble Reunite In Standish 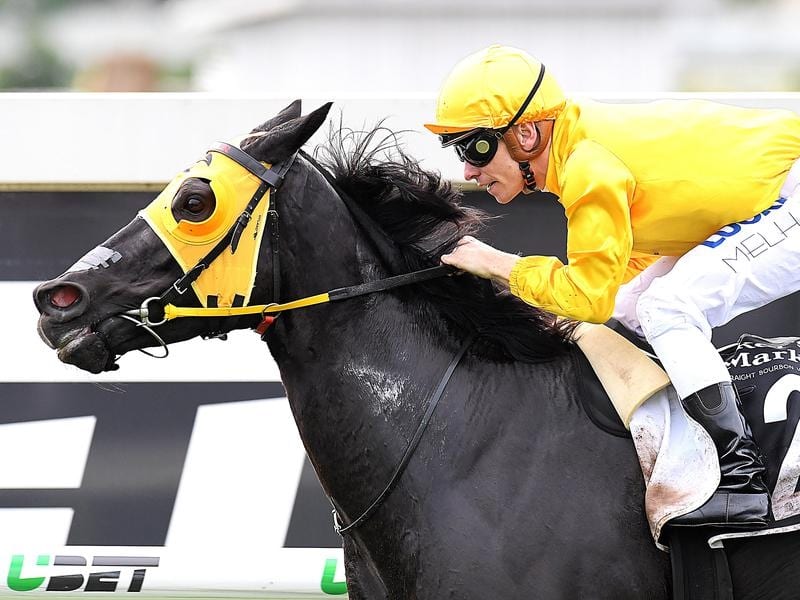 The once successful combination of Meagher and Prebble again joins forces attempting to win a Group Three sprint over the famous straight course at Flemington.

Prebble joined Meagher’s father John as an apprentice enjoying considerable success in the 1990s before each headed off on international ventures.

The Meagher family, including Chris, headed to Singapore while Prebble was one of Hong Kong’s leading jockeys before returning home this year.

“Brett came to dad when he was a 16-year-old apprentice, claiming three (kilos) in town,” Meagher said.

“He obviously spent a long time in Hong Kong , as we did in Singapore, and I said to him at the Cranbourne trials recently who would have thought 10 years ago here we would be at the trials on a Monday.

“How the wheel turns, but I’m extremely happy to have him back on.”

Savanna Amour is coming off a short break having last raced when third in the Kevin Heffernan Stakes at Sandown in mid-November.

Mornington-based Meagher said the mare spent time at nearby Fulmen Park on the water walker, retaining her residual fitness.

“She had a trial at Balnarring about two weeks ago which she won but she wasn’t asked to go out and give them a thrashing,” Meagher said.

“Her action was good and Ben (Melham) was positive, but he’s suspended and that’s how we’ve got Brett aboard.

“We’re really happy with her. She’s drawn a nice gate and I expect her to run a nice race.”

He said if she performed well she could progress to the Australia Stakes at Moonee Valley on January 25.

“Worst case scenario she has a break and concentrates on Adelaide, the Sangster Stakes or the Goodwood in May and then maybe something towards the back end of the Brisbane carnival,” Meagher said.

Savanna Amour has met with betting support, firming from an opening quote of $16 to $9.50.

Darren Weir’s trio Whispering Brook ($4.40), Theanswermyfriend ($5.50) and First Among Equals ($7.50) hold down the top three spots in the market ahead of the Peter Gelagotis pair of Illustrious Lad and Call Me Handsome at $8.