McNab times his run to perfection with Marsh winner 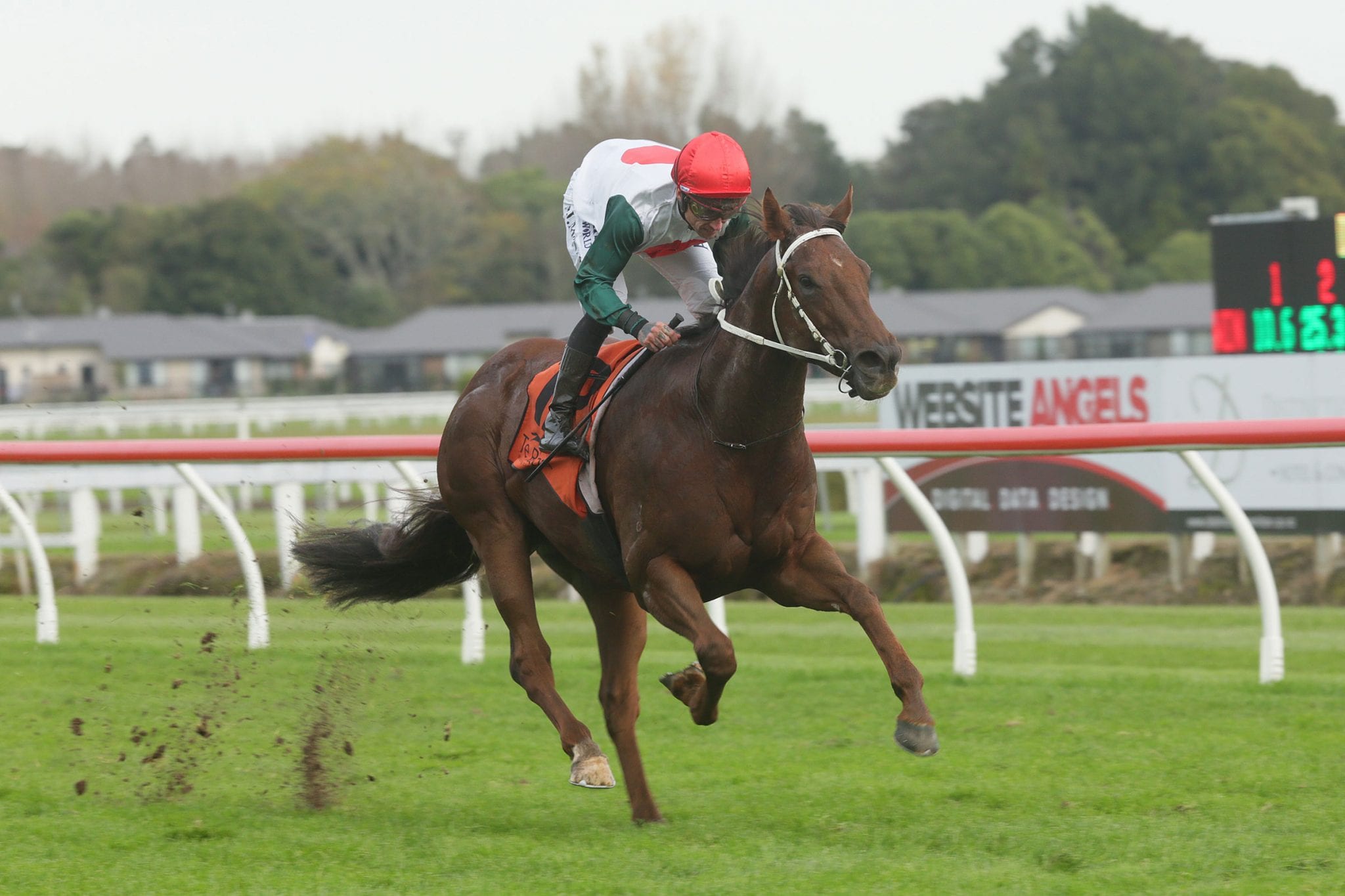 Jockey Michael McNab brought up a winning treble at Te Rapa on Saturday when he guided the Stephen Marsh-trained Run To Perfection to a comfortable five-length victory in the open 1400m event.

McNab, who had earlier posted wins aboard promising maiden Tevere and Marton visitor Uareastar, never missed a beat as he worked Run To Perfection into a challenging position on the inner entering the home straight before exploding away from his rivals at the 200m.

It was the third career victory for the four-year-old Sepoy gelding, who was having his third run back in New Zealand after an uninspiring Australian campaign, where he was unplaced in four starts for trainer Danny O’Brien.

Returned to the care of Marsh, Run To Perfection won a 950m trial on the Cambridge synthetic track before finishing midfield in two starts before his victory on the weekend.

“It’s just great to have him back after he didn’t perform up to expectations in Australia,” Marsh said. “I think he is a very good horse, but it has just taken a little bit of time to get him right again.

“His last start at Te Rapa was a far better effort than it looked on paper, so we did have confidence he could go a bold race this time.

“Michael handled him superbly and he ended up winning on his ear really.”

Marsh believes there is still plenty of improvement in his charge and will give him one more run before he heads to the spelling paddock for a short winter break.

“He is still on the way up as he had a good blow after the race on Saturday,” he said.

“While he handles wetter tracks, I’m mindful that we want him refreshed for a crack at some of the good spring and early summer races so I think he will have one more go at Ellerslie in an open 1400m on June 5 before we tip him out.

“He is at a nice place in the weights and I think he will get up to a mile so races like the Red Badge Sprint (Group 3, 1400m) during the Hastings spring carnival or maybe even the Coupland’s Mile (Group 2, 1600m) are potential targets for him.”

A second placed finish with Fighting Fire at Hawera on Sunday also brought up a significant achievement for Marsh as he broke the $2 million mark in prizemoney earnings for the season, the second time he has broken that barrier.

Marsh currently sits clearly in second on the National Trainers’ premiership with 77 victories, 10 of those at stakes level.

“It’s pretty special to crack the $2 million mark again this season and I’m delighted I could do that for all of my owners and my stable staff,” he said.

“While Jamie Richards (155 wins) is in a race of his own in the premiership, we have also had a good year.

“The only thing missing is to get that elusive 11th stakes win as I have done 10 in a season in the past, so it would be magic to get one more on the board this season.

“There aren’t many opportunities left over the next two months, but we will be trying hard if we do get a chance at it.”